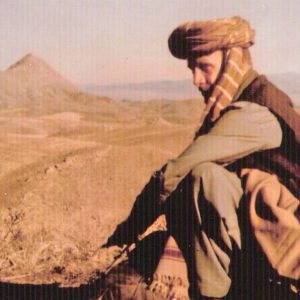 Tell us about yourself and how many books you have written.
I’ve had four thrillers published traditionally under my own name, one black comedy set in Cuba under the name JW Diaz, and now I’ve just self-published my latest thriller, The Reticent Executioner. My very first book was non-fiction and written in six weeks on an Olivetti portable. It was only around 60,000 words. The Soviet Occupation of Afghanistan was published in Asia by the South China Morning Post and in the UK by Methuen.

What is the name of your latest book and what inspired it?
The Reticent Executioner is a dark and twisted murder mystery set in a post-Brexit London several years hence. It’s intended as the first in a series featuring Detective Inspector Kramer, a brilliant but deeply flawed anti-hero of Scottish origin. I was inspired – if inspired is the right word – by the mess the United Kingdom finds itself in; the disastrous military interventions in Iraq, Syria and Libya, the appallingly incompetent and extreme Tory government’s handling of Brexit and the impact of ‘austerity’ on the lives of ordinary people. I suppose you could say its source was disenchantment with the political ‘elite’ in Westminster and the dystopia they’ve created.

Do you have any unusual writing habits?
I wouldn’t know if they’re unusual or not. I mull over an idea for months, expanding it and pulling it this way and that until I have a rough sense of direction before I start writing.

What authors, or books have influenced you?
So many. They include Tolstoy, Graham Greene, Ernest Hemingway, John le Carre, Patricia Highsmith, Denis Johnson, Norman Rush – the list is long.

What are you working on now?
Well, I’ve finished another book, this time a spy thriller. I’ve had one offer for it but I’m mulling over the advantages and disadvantages of self-publishing it. I’m also jotting down thoughts for the second in the DI Kramer series.

What is your best method or website when it comes to promoting your books?
I’m new at this. It’s a steep learning curve. Working with Awesome Gang is one of my first promotion efforts! I am getting to grips with Goodreads, too.

Do you have any advice for new authors?
Just write. Then kill your darlings and rewrite. Read Francine Prose, Charles Baxter and James Wood on the craft of writing. I wish I’d done that before I started.

What is the best advice you have ever heard?
I don’t think advice ever did me any good. Rather, I didn’t listen. I have can only learn by doing it myself and making my own mistakes.

What are you reading now?
‘Falter: Has the Human Game Begun to Play Itself Out?’ by Bill McKibben. It’s probably the single most important book one can read at this point in time.

What’s next for you as a writer?
Get on with the next novel of course!

If you were going to be stranded on a desert island and allowed to take 3 or 4 books with you what books would you bring?
Anna Karenina by Leo Tolstoy. A History of the World in Seven Cheap Things by Raj Patel and Jason W. Moore. East West Street by Philippe Sands. The Art of Joy by Goliarda Sapienza. Against the Grain: A Deep History of the Earliest States by James C. Scott – and finally, Stendhal’s the Red and the Black.