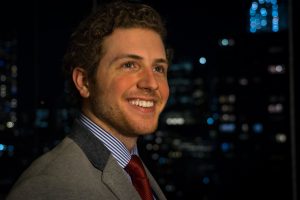 Tell us about yourself and how many books you have written.
I hate boring expected answers to questions like these. It’s easy to tell you that American Blasphemer is my debut novel but it’s not so easy to, “tell you about myself.”

It’s impossible through words to convey a sense of oneself to strangers but I’ve found that, much like creating a character in a story, it’s best to show, not tell.

My name is John Gillen. I’ve read the Bible thirteen times, but I don’t go to church. I’m obsessed with Bob Dylan and I’ve seen Raging Bull over forty times. It’s 4:19 a.m. and I haven’t decided if I’m going sleep tonight or not.

Once I publicly accused the Chief Clerk of The United States Supreme Court of participating in Satan worship and he told me to go fuck myself.

I’ve been stabbed three times in my life and I know a lot about recreational and psychedelic drugs but have never done any myself.

Once I sat naked in the woods in Manhattan’s Central Park during a thunderstorm and screamed Bible passages and Johnny Cash lyrics at the dark.

I haven’t really figured out who I am or why I’m here.
I guess maybe that’s why I wrote this book. Maybe you can figure it out.

What is the name of your latest book and what inspired it?
The title of my novel, American Blasphemer, comes from a line in David Lean’s Lawrence of Arabia.

Major Lawrence discovers that one of his men has been lost in the desert while riding through the night and Lawrence rides back into the desert to save him. Sherif Ali, Lawrence’s friend and Bedouin ally, gets angry at him, believing that Lawrence is committing suicide.

Sherif Ali claims that the lost man’s misfortune was destiny, divine providence. Sherif Ali says that, “it is written.” To which Lawrence replies, “Nothing is written.”
Lawrence rides into the desert and Sherif Ali and yells “Go back then, English blasphemer!”

I’ve always thought this was one of the most marvelous turns of language I’ve ever heard. Ali’s saying that Lawrence is defying God by trying to save a life. He’s also calling Lawrence English to disown him, and what he’s doing.

As for what inspired the content of my novel, I refuse to answer on the grounds that it may incriminate me.

Life is full of formative experiences that no one talks about. Things happen to us, or we meet someone, and it changes our lives, but we never speak about it. There isn’t space in normal daily life to stop what you’re doing and tell the stories that really matter. Stories about knife fights and sex addicts. Stories about what it was like in NYC after 9/11 or watching your brother do acid at Christmas. After accumulating a lot of these stories, I realized that I needed somewhere to put all of them because they were too important to ignore and couldn’t exist in the normal world. Out of this urgent chaos came, American Blasphemer.

Lawrence saves the man, returns to face Ali, and again says, “Nothing is written.”

Do you have any unusual writing habits?
Writing is my unusual habit.

What authors, or books have influenced you?
This answer is limitless, but I will list a few in no particular order.

What are you working on now?
I’m working on producing an audiobook of American Blasphemer and then I plan to resume work on several film making projects.

I intend to produce and direct a feature film once the apocalypse is over.

What is your best method or website when it comes to promoting your books?
Google it.

Do you have any advice for new authors?
On the gravestone of Charles Bukowski are the image of a boxer and the words, “Don’t try.”

What is the best advice you have ever heard?
“Let us hear the conclusion of the whole matter: Fear God, and keep his commandments: for this is the whole duty of man.” – Ecclesiastes 12:13 KJV

What are you reading now?
I’ve mostly been reading and giving feedback on screenplays lately. I’m in 2nd Kings Chapter Five. I’ve also got a book called Blitzed about drugs in Nazi Germany and American Kingpin about The Dread Pirate Roberts. I’m not sure what all of this I’ll get time to read, but that’s what’s been going on with me.

What’s next for you as a writer?
I’m going to write a feature screenplay called Kitchen about a series of failed relationships that all take place in one room. I’m going to steal a lot of stuff from Jules and Jim, Frances Ha, Slacker, and Stranger Than Paradise and see if I can produce and direct the whole bloody thing myself too.

I’d like to do a book of poetry soon. I write tons of poetry and have enough to fill volumes.

I’ve got a completed draft of a nonfiction book on the work of David Lynch called touching Blue Velvet which I’m thinking of publishing.

I’ve got some other writing projects going as well but nothing worth mentioning here yet.

If you were going to be stranded on a desert island and allowed to take 3 or 4 books with you what books would you bring?
The Bible, The Brothers Karamazov, How to Build a Boat on a Desert Island, and Moby Dick.