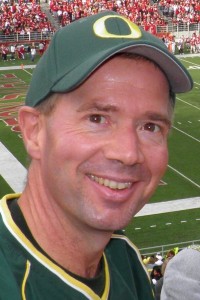 Tell us about yourself and how many books you have written.
I am a reference librarian, former award-winning journalist, and married father of three who currently resides in Montana. My interests include fishing, home brewing, sports, and writing, of course. I’ve loved to write since grade school but didn’t consider writing as a profession until after I graduated from the University of Oregon and landed a job as a newspaper sportswriter. Even after I got out of journalism, I never gave up on the idea of writing more and writing a novel in particular. For years, it was the top item on my bucket list. Inspired partly by the success of a college friend, the romance novelist Maureen Driscoll, I wrote The Mine in 2012 and continued the Northwest Passage series with The Journey and The Show. I will release my fourth book, The Fire, in early September 2013.

What is the name of your latest book and what inspired it?
My latest published work is The Show, the sequel to The Mine. In writing it, I drew inspiration from many things: the miniseries Downton Abbey, music from the Ragtime era, several short stories, and the works of Nicholas Sparks.

Do you have any unusual writing habits?
I don’t know if I’d call them unusual, but I do have habits. I like to write late at night, for one thing. Free time and quiet time are like gold and silver to a writer, and I can usually find both after 10 p.m. I also frequently listen to music from the era I’m writing about. When I wrote The Mine, I became very familiar with Glenn Miller, Tommy Dorsey, and music from the Big Band era. When I wrote The Journey, I rediscovered the music of my youth — the rock and pop from the late 1970s and early 1980s.

What authors, or books have influenced you?
I enjoy the works of Nelson DeMille, Vince Flynn, Ken Follett, Stephen King, and Clive Cussler.

What are you working on now?
I’m applying the finishing touches to The Fire, Northwest Passage No. 4 and the sequel to The Journey. The novel is about Kevin Johnson, a recent college graduate who travels through time to Wallace, Idaho, in 1910, where he experiences Halley’s comet, small town life in the age of hobble skirts and horse-drawn wagons, and the Great Fire, the largest wildfire in U.S. history.

What is your best method or website when it comes to promoting your books?
My blog is at: http://johnheldt.blogspot.com/

Do you have any advice for new authors?
Yes. Always put forth your best work. Even if that means delaying the release of a novel by weeks or months, take the time to do it right. You won’t regret it.

What is the best advice you have ever heard?
Write the story you want to write, not what you think will sell. Readers will recognize and reward your authenticity and passion.

What are you reading now?
I recently finished The Big Burn by Timothy Egan.

What’s next for you as a writer?
I plan to publish The Fire and then immediately begin work on the fifth novel of the Northwest Passage series. In this book, the twin daughters of Joel and Grace Smith, the protagonists of The Mine and The Show, will travel back in time 56 years to 1964 Seattle. I hope to publish that work in the spring of 2014.

What is your favorite book of all time?
Probably The Pillars of the Earth by Ken Follett.