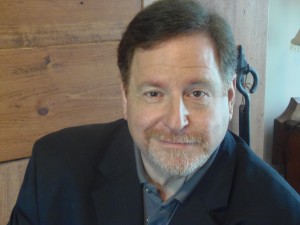 Tell us about yourself and how many books you have written.
I’m a former journalist, editor and marketing consultant turned fiction author. A few years ago, I helped found a writer’s retreat, in New England, where I edited manuscripts and coached scores of emerging authors on sharpening their plots and stories prior to publication. I write historical fantasy (The Last Way Station), thrillers (The Reform Artists) and sci-fi (books currently in development.) I have a deep and abiding interest in topics related to social justice and explore them in my writing. In the Last Way Station, for instance, which is a novelette or very long short story, I explore Hitler’s final judgment in hell and attempt to answer the question, “What, if anything, constitutes fitting punishment for the super evil?”
Years ago, as a journalist, I would do almost anything, including jumping out of a plane, to land a good story. I even spent a weekend on a houseboat with a reputed contract killer and his girlfriend. (Nowadays, I prefer to put my characters in uncomfortable circumstances to advance a great story!) I’ve been writing creatively since the second grade, but I only started writing book-length fiction in recent years.

What is the name of your latest book and what inspired it?
The Reform Artists is a legal-suspense, spy thriller about a man, falsely accused of domestic violence and the underground group that comes to his aid. The book was inspired by real events, as years ago, I was one of an estimated one-to-two million Americans falsely accused, each year, of domestic violence. Most people have no idea of just how out-of-whack our family law courts have become and of the damage they often do to innocent people who are falsely accused — through what is now a well-documented process for gaining unfair advantages in pending divorce cases. (That’s not to say that domestic violence isn’t a serious social problem; it is. But it is now believed that half of all domestic violence cases are based on false, or frivolous, charges. The court ultimately awarded me shared custody of my son, but not until I had spent my retirement on legal fees. While there were no Reform Artists available to help me, I created this sophisticated, underground network of social reformers and let them loose in the pages of The Reform Artists, to explore how they would operate and what impact they might have on the system. This book is the first in a series of thrillers featuring The Reform Artists and their covert attempts to make the world a better place.

Do you have any unusual writing habits?
Yes. At first, I was what we, in the writing business, call a “pantser” — someone who writes without an outline and by the seat of their pants. I quickly discovered that the tangents my undisciplined mind wished to explore were apparently infinite. If I ever intended to actually finish a book, I was going to need to get focused. I began to build my own version of outlines, which consisted of speculative chapter notes. I would free associate as I wrote out possible narrative scenarios for advancing each scene of the story, and I would write each of these notes in the space set aside for its chapter. This became the first stage in my writing process, in which I actually put some manner of words on paper. To my surprise I found this form of free-association brainstorming incredibly liberating. (After all, I wasn’t really “writing” the book. I was just thinking freely about it on paper.) Before this “outlining” stage begins, I typically spend my time doing research and musing or “noodling” on the broad concepts, plot points and characters that ultimately find their way into the story. After I finish outlining a first draft of the book, I revisit my chapter notes and begin to refine them, selecting what I feel are the best, most intriguing, options to pursue — and occasionally, I further expand on them in the process. (So, I was now selecting/discarding my tangents, in advance of actually writing the book! This, by the way, does not mean that I always stick to the outline in writing the chapters, but when I deviate now, it tends to be from a momentary inspiration that is guided by my knowledge of where the rest of the book is going!) I also discovered that, when I had completed the first draft outline, approximately half of the book’s action and scenes were still in my head. I began asking myself, “What else, beyond what I’ve included here, should or could be happening that would be of real interest to the reader?” This usually marked the beginning of the second, and not necessarily the final draft of the book. From that point on, the pattern was “wash, rinse and repeat.” I do something else that may, at first, appear to be unusual but that I attribute to the peculiarities of self-publishing — and to the incredible flexibility of writing on the computer: I write much of the book in its final, typeset format, rather than in standard 8.5″x11″ double-spaced pages. (At least, that’s what happened with The Reform Artists, because I had published the first, limited draft of the book as a novella, before I realized that half of the book was still in my head. This also may have worked O.K. for me — I don’t recommend it — because I do most of my own line editing.

What authors, or books have influenced you?
I love great writing and my interests are eclectic, so I draw from many different sources. Nevertheless, one of my favorite authors is Mark Twain. In particular, I liked Huckleberry Finn for the power of the main character’s voice — something I also felt when I read J.D. Salinger’s Catcher in the Rye. (That book influenced the way I and several of my friends spoke for years!) Twain also impresses me with his humor, his skills at description (read Innocents Abroad’s description of his stagecoach ride, with older brother, Orion, to the Nevada territory), his humor and his unabashed courage to break new ground. I also would mention James Patterson, for his skill at sucking the reading into the story and for his lightning pacing; the opening scene of Stephen King’s IT, for its vivid, cinematic qualities and Nelson DeMille’s mastery of all forms of novel writing. My favorite DeMille book is The Gold Coast, which I like for its humor, its irony, its disguised complexity, its genuineness, the appeal of its main character’s voice and its clever plot twists.

What are you working on now?
Right now, I’m working on several fronts. In addition to marketing The Reform Artists, which promises to be a full-time job in itself, I’m planning the next two books in that series. I hope to write with my son, Zach, who is a talented writer and aspiring author. I’m also going to expand The Last Way Station into a novella, because many readers have commented that they wish it were longer, and because I originally had planned to include two more sections. (The reason I didn’t was because, at the time, I had found the subject matter too disturbing. The additional draft sections for that are now about halfway done.) Finally, I want to move forward with a sci-fi trilogy, that I’ve been thinking about and planning for far too long. The book which will be a multi-generational epic, spans centuries of life on earth and has a lot to say about the nature and future of mankind. I still haven’t been able to nail down a title for it, by the way.)

What is your best method or website when it comes to promoting your books?
I’m hoping Awesomegang will be one of them. I’m just at the beginning of this process so I should check back with you in 6 to 10 months.

Do you have any advice for new authors?
Yes. Don’t be a pantser. The cost to you in lost productivity is likely going to be far too great. Also — and this truly is an example of ‘do what I say, not what I do,’ unfortunately, but do not edit your own writing. What I’ve learned the hard way, is that writing and editing are two distinct things and the later can interfere greatly with production of the former. It also tends to draw out the author’s perfectionist qualities. When you’re writing, you want to put words to paper in a manner that’s free and unfettered. Building a substantial body of work will help you make a name for yourself and help you succeed, financially, as an author in the new self-publishing world. Leave editing to the editors! (Just make sure you get a damn good one, who respects you and your writing, because trust is so important!)

What is the best advice you have ever heard?
Probably Oprah’s admonition to find, and pursue, your passion. You need to write about subjects that interest you and compel you, without thought to their ultimate marketability. Why? Because writing a book is a monumental task for most of us and that’s the only way to be sure you’ll have the necessary determination to stick with the project to completion. Also, I believe we do our best work when it’s important and resonates with us on a deeply personal level.

What are you reading now?
I’m reading a wide swath of books by emerging authors. Many of them read and provided honest reviews for my book, so I will be returning the favor. When I’m done, I’ll be posting reviews for them on Amazon and on my author website at http://www.jonreisfeld.com .

What’s next for you as a writer?
I’m looking forward to writing future episodes in The Reform Artists series and to finally writing the sci-fi trilogy that has been percolating in my mind for so long!

If you were going to be stranded on a desert island and allowed to take 3 or 4 books with you what books would you bring?
That depends. If the island had electric power and wifi, I’d bring several Kindles (in case any broke). I’d also sign up for Kindle Unlimited and see just how big a dent I could make in their inventory. If a Kindle or other electronic book reader wasn’t an option, I’d bring Stephen King’s 11/22/63 because my son wants me to read it and because he has “inferred” that a concern I raised about it will not be an issue. Then, I’d bring the longest books I can find from some of my favorite authors, because no one, who really enjoys reading, ever wants their books to end — and I might be there for a long time!