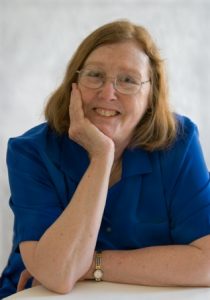 Tell us about yourself and how many books you have written.
I started out as an actor/director/teacher. Then I started writing plays–I’m now at 4 full-lengths, 5 one-acts, and lots of short stuff. The first play I wrote, Chimera, had a character named Sam. She had more of her story to tell–but if I’d tried to put it onstage, it would have cost a billion dollars for the set. So I wrote my first book, The Dry Country. And self-published it, because I got tired of trying to get an agent. Like plays, you gotta write a bunch before you really know what you’re doing. So now I’ve gotten Siljeea Magic published! and am on to writing Novel Number Three, currently called The Skill.

What is the name of your latest book and what inspired it?
I was inspired to write Siljeea Magic because I often drive from Ithaca NY to Wayland MA, where I grew up, where my mom still lives. Lots of big highways, especially the Massachusetts Turnpike. Who lives in the woods that line the Massachusetts Turnpike, I asked myself. The answer: small brown people called the Bokaaj. Who can see them? Andrea showed up, saying she could see them. But how would a 12-year-old girl deal with that? And I had my story.

Do you have any unusual writing habits?
Random. I volunteer, I market my stuff, time gets away from me. Then a story shows up and I have to follow it, even if that’s in holes or corners of my life. Also, if I’m not writing, including writing this interview, I get even more grumpy!

What authors, or books have influenced you?
Robin McKinley. Ursula Le Guin. Neil Gaiman. Peter Beagle. Caroline Stevermer. Erin Morgenstern. Whatever I’m reading now (The Bone People,Keri Hulme; The Beautiful Struggle, Ta-Nehsi Coates.) It’s not that we’re out of bookcases, we’re out of walls to put them on!

What are you working on now?
The Skill, a novel about two women with magical skills who don’t believe in them or don’t want them. Set in the woods and oceans of Maine. Chronic, a play about chronic invisible illness.

What is your best method or website when it comes to promoting your books?
I wish I knew! Your website looks, um, awesome 😉 I’m going for wide coverage–indie reviewers, websites like this, facebook pages, blog posts, you name it. Not fun. I can market anyone easily…except myself!

Do you have any advice for new authors?
Read. Write. Read to see how other writers do it. And, as Anne LaMott says, write a lot of shitty first drafts! Also, if it’s hard to make yourself write, maybe that isn’t your art.

What is the best advice you have ever heard?
What I said above, about writing lousy first drafts.
And the more people who say “Don’t Give Up,’ the better!

What are you reading now?
Like I said above, The Bone People,Keri Hulme, and The Beautiful Struggle, Ta-Nehsi Coates. But I also re-read often–Neil Gaiman this morning, Anne of Green Gables yesterday when my brain gave out!

What’s next for you as a writer?
Figuring out how to write short stories and poetry. I am not any kind of poet, but writing it helps improve my plays and novels.

If you were going to be stranded on a desert island and allowed to take 3 or 4 books with you what books would you bring?
Oh, that’s just mean!
Gaiman, The Ocean at the End of the Lane.
Ursula Le Guin, The Books of Earthsea: The Complete Illustrated Edition (Earthsea Cycle)
Jane Austen’s Collected Works.