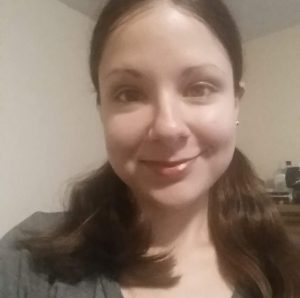 Tell us about yourself and how many books you have written.
Currently, I live in New England with my partner and two cats that are always trying to get to my earbud cords.

I’ve written over forty books so far, and I’ve published 7 this year. I’ve still got a lot to put out, and many more to write!

My books are set in the same world and follow a few particular families over the centuries, plus extra side people. This allows me to write in a large array of genres and subjects. Paranormal romance, M/M romance, coming of age, and dark fantasy are some. More specific subjects vary: cracked faith, wars, homosexuality, asexuality, depression, anorexia, outlaws, etc. My characters all differ, and past choices have real consequences.

What is the name of your latest book and what inspired it?
Thrall A Novel of Alternate Earth.

I enjoy stories set in the middle ages, and when Vikings were still pillaging, they often took slaves. The term they used was thrall. Today, the word means to be in someone’s in power. Since the young kingdom of Gredoria in my fantasy world is loosely based on Canada, Greenland is currently inhabited by descendants of Vikings. They still use the term Thrall for slaves.

Do you have any unusual writing habits?
I can hyper focus for long periods of time if something greatly interests me. It’s not unusual for me to spend 14 hours working on whatever book is the latest project.

What authors, or books have influenced you?
I loved Ken Follett’s Kingsbridge series based in the Middle ages. Ariana Nash is another favorite who writes M/M romance, and they inspired me to write my own.

What are you working on now?
I’ll soon be publishing Finley’s Way, a short story of a boy trying to survive on his own in the 1400s when homosexuals aren’t widely accepted. I have four novels left for Jack’s Reign that I intend to put out by the end of the year. I also hope to start the Comfort Series on Amazon. The first is the Comfort of Perfection.

What is your best method or website when it comes to promoting your books?
Romance.io helped with Thrall and my reads skyrocketed.

Do you have any advice for new authors?
Write several books. Revise and perfect until your head spins, and then do it again. Turn off the TV and write. If you have large backlog of novels, you’ll find it much easier when you first start publishing. You’ll have a better chance of success if you can get several works out in the first several months. It’s unfortunate, but most people aren’t always willing to wait a year for book two or whatever. Don’t let your readers forget you.
And don’t let anyone tell you that you can’t do it.

What is the best advice you have ever heard?
Even if seems terrible right now, keep writing it because you can go back and fix it later. Nobody has to know that the first or second draft looked like a train wreck.

What are you reading now?
I’m currently rereading The Cottage by Ariana Nash.

What’s next for you as a writer?
Even after The Comfort Series is out, I have more. I’m also working on a novel with a Muslim hero set in 17th century Gredoria.

If you were going to be stranded on a desert island and allowed to take 3 or 4 books with you what books would you bring?
The Prince’s Assassin Trilogy