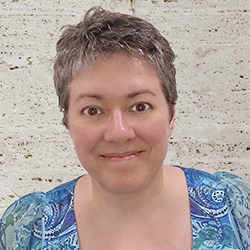 Tell us about yourself and how many books you have written.
I became fascinated by the brain as a kid and secretly wanted to be a brain surgeon. I read everything I could get my hands on about it, including some large heavy medical books my mother had lying around the house.

My interests, however, instantly changed to the less physical route during my first high school biology dissection class! We were supposed to dissect an eyeball and there was no way I was going to do that!

So I found myself reading books about how people think and what drives their behavior and found I loved that more than the gory surgery stuff. I started studying beliefs and how to change them in 2004 while I was a chiropractor because I found that some of my patients put limits (that always came true) on their recovery time that slowed their recoveries, while others just got better….

So in 2006 I trained in Neuro-Linguistics and I’ve been studying the mind and how it works ever since.

I’ve written 3 books so far and have a long list of others I want to write, plus, I want to learn how to write fiction too.

What is the name of your latest book and what inspired it?
It’s called 47 Mind Hacks for Writers. I fell in love with writing when I wrote my first book in 2013, with my husband Steve, even though I’d struggled horribly with blogging before. So I decided to work out why I loved writing books, yet really hated writing blog posts. I ended up disappearing down the rabbit hole of beliefs around writing. After asking over 100 other authors what they struggled with, this book became the culmination of everything I learned on my journey and I even found solved my problems around blogging, and now enjoy that too 🙂

Do you have any unusual writing habits?
While I can happily write anywhere, anytime, my favorite place to write is at the beach. So you’ll often see me sitting in my chair scribbling away in my notebook. Some of the more unusual places I’ve ended up having some inspiration and having to write it down before I forget include, a packed commuter train into London UK, the middle of a rock concert and numerous car rides (when Steve was driving!)

What authors, or books have influenced you?
The biggest influence was The Big Leap by Gay Hendricks. It’s still my #1 favorite nonfiction book of all time. Mindset by Carol Dweck is another one, which has become my #2 favorite.

What are you working on now?
I’m actually working on creating The Book Marketing Summit at the moment to get that ready for release in 2017. I’m interviewing some amazing authors about how they market their books and learning an absolute ton! So I’m putting that info to use for this launch to see what results I get. After that, I have a list of about 5 books I want to write, just have to work out which one comes next.

What is your best method or website when it comes to promoting your books?
My list, hands down and I’m working on growing that. After that, this will be the first time I’ve done some paid promos, so can’t wait to see the results of this and other sites. I’m also doing some guest podcast interviews and I’ll be looking at doing some guest posts a bit later on. Plus, I’ll be looking into Amazon ads once the book reaches its regular price.

Do you have any advice for new authors?
Keep going! It snowballs, so don’t get discouraged if the results from your first book aren’t what you want. Get out there and promote, then get writing again.

What is the best advice you have ever heard?
Gather reader emails and grow your list.

What are you reading now?
I always read a fiction and a nonfiction at the same. At the moment, the fiction book is Dragon Marked by Jaymin Eve (I’m a sucker for all things magical, especially if it contains dragons). The nonfiction book is Writing Active Setting by Mary Buckham.

What’s next for you as a writer?
Probably a book around reader engagement, but we’ll see… Once the summit goes live I’ll have a much better idea of where we want to go next and in the meantime I’m learning a lot about book marketing

If you were going to be stranded on a desert island and allowed to take 3 or 4 books with you what books would you bring?
One of Ednah Walter’s Rune series books (read them about 3 times so far), Harry Potter and the Philosopher’s Stone (yes the English book 1), The Power of Now by Eckhart Tolle a huge blank book so I had something to write in 🙂