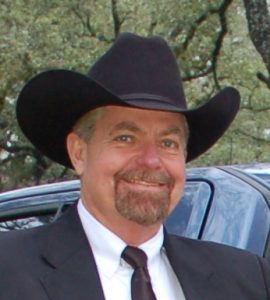 Tell us about yourself and how many books you have written.
I am a semi (pun intended) retired truck driver turned author. I spent most of my career behind the wheel of an eighteen-wheeler traveling extensively through forty-eight states gathering a lifetime of material for my books.
Rough Way to the High Way is the first of a series of novels, although Rough Way to the High Way is a stand alone book. I live in the beautiful Hill Country of Texas in the town of Spring Branch with my lovely wife, Miss Emily and our two Yorkies, Dixie and Dolly.

What is the name of your latest book and what inspired it?
Rough Way to the High Way is my first novel and the first in a forthcoming series of novels about the adventures of trucker turned pastor turned trucker Mack McClain.

I had a little time when the trucking company I worked for went bankrupt, so I decided the time was right to take my writing seriously. I found an awesome writers group where I met some good writers who helped to draw out the writer in me. One of those, John Floyd Mills, was a former writer with now defunct San Antonio Light newspaper. John had recently published a novel, Buried. He also had started his own publishing company, Franklin Scribes Publishing, to help writers to see their labors of love on through to publishing since he knew all the ins and outs of the industry and knew how the process worked from beginning to end.
John liked my writing style and he approached me with the idea of the two of us partnering together to write a series of novels about a trucker and his adventures out on the road. I had such a thing in mind as well for some time, but never followed through with it, so I agreed. It turned out our writing styles were just too different for us to write together, so he moved on and wrote a sequel to his novel, and I ran with the other project on my own.
Did I say ran? Stumbled and fell would be more accurate. After I started on the novel, my crazy life got in the way once more, and my book was buried like the protagonist in John’s novel. And just like his protagonist, there was no way my novel would ever see the light of day without some dramatic event to cause it to see the light again.
That dramatic event was John’s death. After he died, I decided it was do or die for me as a writer as well. Sadly, for most writers it’s die, not do. The scrap of manuscript that would become Rough Way to the High Way seemed to call out to me from that dusty drawer each day thereafter. It could no more be ignored than John’s protagonist buried underground.

Do you have any unusual writing habits?
I’m a firm believer in having balance in all areas of life, including my writing life. The problem I have is I’ve never been able to pull it off. So my life as a writer is much like the rest of my life – pretty chaotic. So I steal precious moments from chaos and find creative moments to have productive writing time.

What authors, or books have influenced you?
Not to sound overly spiritual, but the Bible is hands down number one. What an incredible story is told within the pages of the books contained therein. I’ve been a miserable failure as a Christian but I’m still learning. The Bible is the only book I know of that you can read and never tire of learning new things from it. C.S. Lewis is the Christian author who probably had the most influence on me. And I love the styles of John Steinbeck and Ernest Hemingway, though Hemingway with his rather sad obsession with death could lead you to be a little depressed.

What are you working on now?
The sequel to Rough Way to the High Way has first priority. Readers are asking for it already. And I have, as usual, a number of other writing irons in the fire.

What is your best method or website when it comes to promoting your books?
I’m learning as I go on that one. I’m doing a lot of promotion on Facebook, some paid but mostly free. A lot of people are being so kind as to share my posts. Some share them regularly to their sites. I’ve even had some rather large sites pick up and share my posts, which is awesome and very much appreciated. Also I’m starting to do some interviews, written, audio, and video on radio stations and podcasts. And lots of book signings and the promotions that go along with them.

Do you have any advice for new authors?
I would advise writers to do what I was advised to do:
Sit Down And Write.
Sounds easy. But strangely enough it’s not or we wouldn’t be so creative in avoiding doing it. I’m a pretty creative person. That’s helpful at times, in fact it would be impossible to write a decent novel without being creative. But, boy can I be creative in coming up with ways to avoid the S.D.A.W rule.

What is the best advice you have ever heard?
I’ve was advised and then learned the hard way anyway that you just have to sit down and write. And you have to tell that inner critic to shut up when you do.

What are you reading now?
Flow: The Psychology of Optimal Experience by Mihaly Csikszentmihalyi.

What’s next for you as a writer?
As long as God gives me breath on this earth I will continue to write books that I hope will touch many lives and inspire others. As I said before I have lots of irons in the fire, fiction and nonfiction, so a lot of things can happen to help determine which iron is pulled out first.

If you were going to be stranded on a desert island and allowed to take 3 or 4 books with you what books would you bring?
The Bible. Just the Bible. Because I probably wouldn’t make it off of the island alive. There wouldn’t be anyone left to be influenced by me or anything I would do or write. So I would study the only book that mattered at that point.