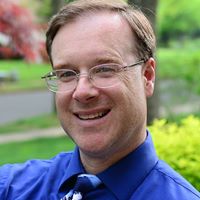 Tell us about yourself and how many books you have written.
I am a lawyer and write fiction on the side. I have published three full novels and have written many short stories, one complete screenplay, and have several other projects in various stages of development, but right now I am concentrating on completing the second installment of the Mike Stoneman Thriller series.

What is the name of your latest book and what inspired it?
My current novel, “Righteous Assassin,” is the first book in a series featuring Mike Stoneman, a New York Homicide detective. The character was born from a short story I wrote in 2012 for a competition in which the story, “Fool Me Twice,” won first prize. When I decided in 2016 to write another crime-based novel, I returned to that character and develop a longer story for him, and possibly a series. I sometimes just sit around and think about how people might get murdered. I know that sounds a little sick, but when you’re thinking about writing crime thrillers, you think about these things. By writing a serial killer story, I got to use several of them. I also wanted to portray my killer here as both smart and calculating, and also a person who disguises his evil intentions within the delusion of a holy mission. It’s a perversion of religion, of course, but it so often happens in our actual world. The story winds these themes together, and ultimately ends on a point of moral ambiguity, which also ties back into the theme.

Do you have any unusual writing habits?
I write on the side, so mostly on my couch while watching a sporting event (hockey in the winter, baseball in the summer) or while traveling on business while in lonely hotel rooms.

What authors, or books have influenced you?
As a kid I read a lot of science fiction, and loved Ray Bradbury and Robert Heinlein, Edgar Rice Burroughs, and Isaac Asimov. And, of course, Tolkien. As an adult, I read a lot of mystery/detective stories and love Sara Paretsky and Michael Connelly. There’s a little bit of Harry Bosch in my Mike Stoneman character. The main thing for me is a good plot and a story that I can really follow and get involved with. I think Heinlein’s “Stranger in a Strange Land” may be my favorite book, partly because of the depiction of the legal system of the future.

What are you working on now?
I’m currently working on Mike Stoneman #2, which is tentatively titled “Deadly Enterprise.” This book picks up Mike’s story right after the end of “Righteous Assassin” and is his next big case. It’s not a serial killer this time, but rather a dead girl (OK, she’s not the only one) who presents a mystery because the M.E. thinks that her cause of death does not seem consistent with the rest of her physical attributes. When she is linked to a similar dead girl, Mike and Jason start to sniff out the situation and find that the murderers may be people who are supposed to be the good guys. It’s an internal affairs matter, and so Mike and Jason enlist the assistance of an IA investigator and together they try to get to the bottom of some very dirty business.

What is your best method or website when it comes to promoting your books?
Promoting an indie book is the big challenge. I’m looking for all possible outlets where readers can find me. If only Amazon would feature more independent authors . . . I have my own website at www.KevinGChapman.com, so feel free to check in there. I post my reviews of other books there.

Do you have any advice for new authors?
Having more than one book is a great thing, but if you’re truly new, best advice is to not publish as fast as you can — have the book ready, then think about marketing and do some prep work — get testimonial quotes, get your cover out on some pre-publication web sites, do some pre-orders, so that when you officially “launch” you’ll have more impact.

What is the best advice you have ever heard?
You can’t successfully edit your own writing. Get a real editor. Only an objective editor can really help you make your writing as good as it can be.

What are you reading now?
Currently reading Sara Paretsky’s “Brush Back” and recently finished Of Half a Mind by Bruce Perrin (which I highly recommend)

What’s next for you as a writer?
I’m planning for at least 5 installments of the Mike Stoneman series. Book #2 is in production. Book #3 is in the outline stage. I’m working on good ideas for #4 and #5. After that, we’ll see.

If you were going to be stranded on a desert island and allowed to take 3 or 4 books with you what books would you bring?
Atlas Shrugged, Ayn Rand — The Lord of the Rings (all of them) — Finnegan’s Wake, James Joyce (because if I had all the time in the world to read it, I might finally start to understand it)