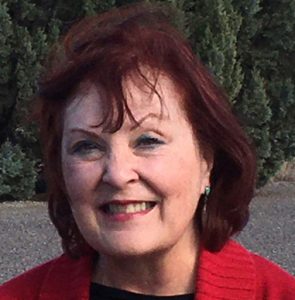 Tell us about yourself and how many books you have written.
I have written professionally for half of my life, first as a magazine article writer, then through short stories, and finally, novels. I’ve lost count of the articles I’ve written, but I’ve had some sixty-plus short stories published, two of which were Derringer Award winners and two Pushcart Prizes.

In the novel arena…while I’ve loved mysteries since Nancy Drew first led me into a life of crime, and I do love writing mysteries, I also write paranormals, thrillers, and women’s fiction. I’m drawn to writing quirky characters, with an offbeat path, and my greatest love is writing in humorous, sarcastic voices.

My latest novel, Hopscotch Life, is an accept-yourself-in-all-your-glory, women’s fiction-crime crossover. I also write the Tracy Eaton mysteries, featuring the daughter of eccentric Hollywood stars. And the Samantha Brennan and Annabelle Haggerty magical series, featuring a questionable psychic who teams up with a modern goddess who is also an FBI agent. The books of these two series and this standalone have attracted an incredible amount of award interest, including the Agatha, Anthony, Macavity, Lefty, New Mexico-Arizona, and the International Book Award. My books have been three-time Lefty Award finalists for their humor, and four-time New Mexico-Arizona Book Award winners for my novels and the books I’ve contributed to. I’ve had eleven novels published, and have another two books in the pipeline.

I’ve also been a bookseller. My husband Joe and I owned and operated The Well Red Coyote bookstore in Sedona, AZ for ten years, where we hosted a couple of thousand author appearances. Nothing has taught me as much about the book biz like being a bookseller. And I’m an online writing instructor for the Writers’ Program of the UCLA Extension School, and other organizations. I’ve been teaching writing for around twenty-five years.

I live in the funky town of Silver City in New Mexico, the Land of Enchantment, with my husband and two pushy terriers.

What is the name of your latest book and what inspired it?
My latest book is Hopscotch Life. Every piece of fiction I’ve ever written comes to me first as a voice I hear in my head, telling me something about some unnamed person’s life. It always comes as a strong, distinctive voice. In what became Hopscotch Life, it began with the voice of the quirky protagonist, Plum Tardy. Plum began by telling me she thought everyone else had received a rulebook at birth, with all the instructions needed to lead a successful life. Since Plum not only didn’t receive one, and couldn’t even imagine how it would read, she was forced to hop erratically through life as if it were a giant hopscotch court. Naturally, I related to that since I always thought everyone else received a rulebook, too.

As I came to know Plum and the story she wanted me to tell, I knew there were issues I wanted to address, such as the fact that sometimes we don’t have the best options when we’re forced to make a choice. Later, we sometimes look back and ask, “Why did I do that?” But often what we picked was the best of all the choices available to us. Mostly, I wanted to look at how essential self-acceptance is, how we all need to connect with our authentic selves.

Do you have any unusual writing habits?
I’ve always had a habit of what I call “sneaking up on my writing.” I find myself working through parts of a scene or chapter, then putting all if it together. Sometimes I essentially write it mentally at night when I should be sleeping. And all of that occurs in my thinking before I ever begin to write it in the computer. Then, often when I write that scene, it goes onto the page quite quickly.

I develop a book by writing in a book journal. Every day I add whatever new material I know about the story. Sometimes it’s a little, sometimes a lot. Lots of days the new material contradicts what I developed at an earlier time. But I never worry about that, I just keep building it. Some entries deal with story, others with characters. I keep adding until I feel such a depth of understanding, I know it’s ready to write.

Although I have a comfortable study, and often write there, I also like to write in other spots around my house, including my front porch, my kitchen, and sitting on the bed.

What authors, or books have influenced you?
Where to begin…? I learn something from every book I read. When I was a bookseller, I was influenced by every author who did an appearance with us. Some genuinely changed my life. I’m enormously grateful I had that opportunity. I work with a critique group of excellent writers who keep me on my toes: Alethea Eason, Kate Rauner, and EJ Randolph. Together we formed a writers’ group called The Borderland Writers Co-op, for writers living along the Southwest US border.

What are you working on now?
I’m close to finishing the third book in my Samantha Brennan & Annabelle Haggerty magical series. It’s called Magical Mushrooms, and features a quirky new psychic trying to learn to use her paranormal gifts, who typically teams up with a contemporary Celtic goddess of great power who is also an FBI agent. I’ve had such fun with it.

What is your best method or website when it comes to promoting your books?
I’d have to credit my own website and Facebook as my best outlets when it comes to online sites As for in-person appearances, I enjoy presenting writing workshops to newer writers.

Do you have any advice for new authors?
It’s going to be harder to become an accomplished writer than you’re probably expecting. Commit to the long haul. Celebrate even your smallest victories, and let your losses go. Be kind to yourself — you’re on a brave and rewarding path.

What are you reading now?
Clark and Division by Naomi Hirahara. A fabulous story, on one level it’s a mystery in which a young Japanese-American woman struggles to discover who killed her sister, but in a larger sense, it’s a look at the post WWII lives of the Japanese after they leave the internment camps. Highly recommended. I usually also have a stack of nonfiction self-help books that I dip into now and then.

What’s next for you as a writer?
I’m working on a novel idea that features a complex woman, with an unusual background. She came from a formerly wealthy family, which lost its money, who now operates a junkyard. I want to look at the unusual paths that life sometimes takes us along. Tentatively, I might call it A Junkyard Dog.

If you were going to be stranded on a desert island and allowed to take 3 or 4 books with you what books would you bring?
Hmmm…clearly, they have to be books I’d enjoy re-reading again and again…maybe:
The Tightrope Walker. by Dorothy Gilman
Excuse Me, Your Life is Waiting by Lynn Grabhorn
I’m sure I’d want a book on surviving on a desert island, since I’m not exactly the survivor type.
And maybe, 100 Places to Visit Before You Die, so I could travel in my mind.

Couldn’t we make it three or four hundred books?