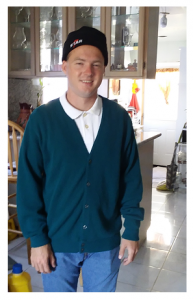 Tell us about yourself and how many books you have written.
I am an exciting individual that tries new hobbies and activities. I enjoy working in electronics and with computers. I have written many books. My first book I wrote was in elementary school in the fourth grade. The programs on television got me interested more in book writing. I also got interested from miniature comic books. I have written probably about 15 books. Best sellers and prized authors further got me into writing books that I wanted to make unique like no other and one of a kind.

What is the name of your latest book and what inspired it?
Aero Travel Innovaton is my most recent novel. It is inspired by works by Richard Milton on balisor beacons across interstates. In which I created the story in my vehicle a 90’s Lincoln 4 door Continental all digital and fascinating. It became about a Russian family related to everyone on the planet in private. In which when the Governments around the planet would find out, they would pursue them and take them into custody where they would be incarcerated to the Government. Because with all of those capabilities they would have great wealth and much money around the planet.

Do you have any unusual writing habits?
I like things like wax or ceramic museums where readers that read my book feel like they belong very permanent to an organization by fixture and installation.

What authors, or books have influenced you?
I have been into reading many novels but I am into gooey and messy things. Therefore I don’t mind getting messy into things that the outcomes are not known for certain. I have been influenced by The Phantom of the Opera, R.L. Stine’s Goosebumps, Diary of Anne Frank, The Doll House, The House of Wax, The book of Merlin, Cromwell’s Inferno, Blackbeard the pirate.

What are you working on now?
Anastasia Express based on a locomotive train that perhaps existed many years ago in Asia. It would travel quite a bit but apparent the train disappeared and is yet to be located. I guess it is not surprising to think things like that become buried. My book is about the space cowboys of the Governments that came from a club in the cosmic realm. Which were known as the gaiety of Europe. In which John H. Hugghes would found the Oneida Community based on the cosmic galactic rulers and the earth as a reference book which would become the central confluence of the Governments and many of its community. Which apparently included notable people as Nicolas Romanoff emperor of Russia and Maria Federoavna empress of Russia and business persons all around the planet.

What is your best method or website when it comes to promoting your books?
I have found having my own personal websites to be of great success and happiness.

Do you have any advice for new authors?
Try to find things to write from things that the communities are doing and the confluences of topics of science, math and great influences that characters make with others.

What is the best advice you have ever heard?
Working hard on things can lead to success.

What are you reading now?
nothing in particular only on feeling more part of communities and making more money in working with computers to increase my business.

What’s next for you as a writer?
Capitalizing on the wealth of the Oneida Community, create some educational novels, Make some books into magazines and videos. I would like to purchase a large castle and have hundreds of pickup trucks and a large club and be president of many countries as Nicolas Hugghes of Russia.

If you were going to be stranded on a desert island and allowed to take 3 or 4 books with you what books would you bring?
My book to be emperor of the Oneida Community and President of Russia as Nicolas Hugghes. One phone book, and novels on business management.