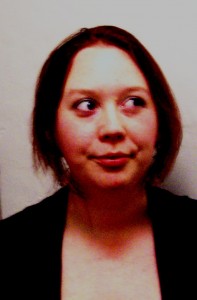 Tell us about yourself and how many books you have written.
I started my writing career as a self-published author, publishing my first book, an epic fantasy called DARK WATERS back in 2011. Since then I started work on a futuristic/dystopia thriller series and self-published the first story in the series, THE RUNNING GAME, in 2013. This was later signed with Booktrope Publishers and has now been revamped and re-released by them.

As well as being a writer I am also an editor, keep myself integrated in society by working a few nights at a restaurant, and I’m a massive reader of all kinds of books.

What is the name of your latest book and what inspired it?
THE RUNNING GAME, is the latest release and is a paranormal thriller set in dystopia London. Influenced by films like Blade Runner, it’s a very British interpretation of our future with a supernatural twist.

To accompany my new series I also have published three short stories, SAFE HAVEN, FAMILY, and THE LOST SHEPHERD, which are all available for free from Amazon and feature a snippet of THE RUNNING GAME.

Do you have any unusual writing habits?
When I write scenes I tend to make faces mimicking the characters’ reactions. It causes a lot of people concern.

What authors, or books have influenced you?
I’m a huge fan of John Connolly, although we write different genres he’s my favourite author of all time. I also love Scott Lynch, David Gemmel, Neil Gaiman… I love too many authors and too many books influence me.

What are you working on now?
I’ve just sent off book 2 BORDER LINES to my publishers and that will go into production in the next month or so. Right now I’m working on book 3, which doesn’t have a title but is part of my Reacher Series.

What is your best method or website when it comes to promoting your books?
I tend to use Facebook and Twitter a lot and by a lot I mean I live on them. Mostly I make connections with similar authors and we share info and support each other.

Do you have any advice for new authors?
Listen to fellow authors around you and encourage them if they encourage you. We’re all insecure and nervous, but if you work together the process becomes easier.

What is the best advice you have ever heard?
When your editor annoys you, stop working, go to bed and rethink about it in the morning – more often than not you’ll see she had a point.

What are you reading now?
I’m reading Don’t Even Blink by Rocky Rochford

What’s next for you as a writer?
The biggest thing for me is working on my Reacher series, I’ve got at least another four books to finish and I’m loving where the story arch is going so I can’t wait to get stuck in to more of the plot.

If you were going to be stranded on a desert island and allowed to take 3 or 4 books with you what books would you bring?
Jonathan Strange and Mr Norrell, by Suzanne Clarke
Black Angel, by John Connolly
Neverwhere, by Neil Gaimen
The Lies of Locke Lamora, by Scott Lynch