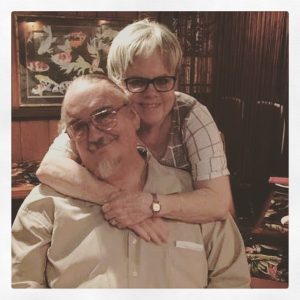 Tell us about yourself and how many books you have written.
Born Lester Fisher on Feb. 1 1947, I later took the surname of my step-father, James G. Klungness. My education, after Catholic school and seminary, included a baccalaureate in Botany from the Univ. of Washington. After two years of Peace Corps as Youth Extension Officer in Taita, Kenya, I began a career with Weyerhaeuser Co., serving in the Wood Morphology and the Genetics Research Divisions. After five years, I returned to finish my Master’s degree in International Agricultural Development from Univ. of Cal. Davis. My thesis on honeybee digestion was published in three scientific papers. After 6 years of service in the Dept. of Pomology, I worked for the University of Hawaii for 10 yrs., performing research on fruit fly parasitoids. I then transferred to the US Dept. of Agriculture to pursue research on fruit fly suppression and management for eight years. I went back to the Univ. of Hawaii to assist on a program to protect the honey bee industry in Hawaii from invasive species such as the vorroa mite and small hive beetle. Health issues forced me into full retirement in 2010. I had authored or co-authored 21 peer-reviewed scientific papers, and many presentations to scientific and public meetings. I developed microscopic techniques, and invented the augmentorium for disposal of infested fruit and augmentation of parasitoids. I am married to my high school sweetheart and have a son and a daughter, a step-son, one grandchild, and two step-grandchildren.
I have written three books, two of which have been published. My first wife was Kenyan, and she had 5 children when I met her and we had my son after we married in the America. I brought all 5 children and a grandchild to the USA, and they have grown up to be a businessman, a SDA missionary, a certified Public Accountant, a Forest Ecologist for the USDA, a Veteran of Iraq and Afghanistan, and a MS in Public Health. The rest have been prolific workers, students, and parents! My own daughter is from my second marriage.

What is the name of your latest book and what inspired it?
My books are 3 volumes of one memoir. They are Happenstance, Against the Tide and Three’s a Charm. I have led such a diverse life, and been involved in so much that my three families don’t all know, that I thought it was time to give them my perspective. At the same time I am giving my overview of the 20th century, starting with both sets of my great grandparents who homesteaded in Oregon.

Do you have any unusual writing habits?
I was well trained by the Franciscan Fathers (with the exception of my spelling dyslexia). I have studied Latin, Greek, Spanish, French and Swahili. English, Spanish and Swahili are the languages I know best. Consequently, I have a rich background in the Romance languages and the styles of authors, like Caesar, Cicero, Cervantes, Shakespeare and Shaw, to name just a few. Consequently, my style is not Hemingwayesque; rather, I appreciate varied and complex structure, strong vocabulary, and figurative language. Or do you mean how do I schedule my writing? I don’t. If I start and if is going well, I will continue. If I am not inspired, I set it aside for another day.

What authors, or books have influenced you?
Where do I start? Those I mentioned in “writing habits” and Dante Alighieri, Thomas More, John Donne, Jules Vern, Samuel Clements, Rudyard Kipling, C. S. Forester, Sinclair Lewis, Somerset Maugham, Alessandro Manzoni, Farley Mowat, Tibor Déry, Isaac Asimov, Ray Bradbury, Richard P. Feynman, Robert Ardrey; of course the classics, But this is the list of authors that moved me and impacted my life.

What are you working on now?
The last volume, Against the Tide, is written but I am revising it. It will only go to the marriage of my daughter in 2018. Whether I will pursue further books is questionable. I may try other forms of writing. Possibly more in the political arena or science.

What is your best method or website when it comes to promoting your books?
So far I have only tried the website www.LesterFisher.com, Facebook (28 author/writing groups), Goodreads.com, and my Amazon authors page. I am currently employing Lavidge Social Media Publicists of Tucson AZ to expand my internet presence. Of these, I can’t really say which is most effective. My only feedback is the reviews on Goodreads, and the visitor count on my website.

What is the best advice you have ever heard?
This may seem odd. But my grandfather told me, at a critical juncture in my life, “If you can’t stand the heat, stay out of the kitchen.” I don’t think I understood at the time, but in retrospect, that had a profound affect on my life.

What are you reading now?
Behind the Tapestry by M. Rose Peluso. She contacted me because she was concerned that I should understand the limited audience of Religion based books. I am half way through, but we have very different points of view on faith, at least by this point in her book, she is devoutly Catholic. I don’t think she realizes that my memoir is about my movement away from faith to scientific understanding. I am also reading The Devil’s Race-Track: Mark Twain’s Great Dark Writings by Mark Twain. It is a revelation to see how his style evolved. I just finished The Snow Walkers by Farley Mowat and want to read his Memoir. Recently I read The Memory of an Elephant by Alex Lasker (Loved it!)

What’s next for you as a writer?
As I said, at age 75, I don’t expect to have a career in writing. I just hope I have left a legacy for my friends and family, and that my books will help people understand how the turbulent years of the 20th century impacted ordinary Americans like myself.

If you were going to be stranded on a desert island and allowed to take 3 or 4 books with you what books would you bring?
Oh come on, that is a pretty old trope. Bringing it into the 21st century I would be sure I had a solar powered satellite communication device with me, so I could continue to download any book I wanted.