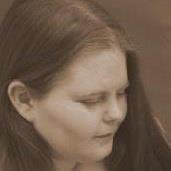 Tell us about yourself and how many books you have written.
I was born in 1980 in Durban South Africa, and grew up on the south coast of England. When I was 18, I moved to rural Wales to study Maths at the University of Wales, Aberystwyth before qualifying as a teacher in 2004. Since then, I have been gainfully occupied trying to convince teenagers that maths isn’t evil and failing to back to the real world.
I now live in a cottage by a river and write novels and blog articles, in the spare time I create by not sleeping properly. I have two cats – Ocean and Terminal Curiosity – who like to help. They aren’t very good at it.

I write fantasy and fiction books, and to date I have completed seven novels – five of which are from the Black River Chronicles and available on Kindle.

What is the name of your latest book and what inspired it?
‘The Winter That Follows’ was the last book in the Black River Chronicles to be released. It is the story of a group of people who have survived a time known as ‘The Summer of Fire’ and are forced to pick up the pieces of their lives after losing friends, family and in some cases everything else. It bridges the gap between two of the other chronicles Summer of Fire and The Freetown Bridge which are tales of heroic daring and world saving. The Winter That Follows is a chance to follow some of the characters including Iona Pringle, widowed during the war, who discovers she is pregnant even though motherhood had never been part of the plan; a pair of con-artists Tollie & Sylas, who join an army for a quiet life and a band of greenskins who go shopping for a homeland.

Do you have any unusual writing habits?
I like to write in my PJs, (I don’t know if this is unusual) and I have specific playlists of music for when I’m writing – they tend to combine fantastical celtic type music such as Heather Dale and Gaelic Storm, with gentle evocative tracks and songs that tell stories. I write on my laptop mostly – and when I can I use a website called writtenkitten.net that tracks your word count and rewards every hundred words with a picture of a kitten.

I have a few of tricks for getting over writer’s block. Eating a whole bag of marshmallows is the first one. House work is another. Taking a shower is often a fool proof method for havinga anew idea but if all else fails, I go for a walk and refuse to let myself come home until I have an idea of what to write next.

What authors, or books have influenced you?
As a child, I was influenced to become a writer by the book Little Women by Louisa May Allcott. As a writer, I have an odd collection of influences. Richmal Compton, the author of the Just William taught me how to create sympathetic characters through voices as well as description. Sir Terry Pratchett and Ben Aaronvitch have both shown me that it is possible to create a fantastical world and then write about it as though it were completely normal. Conversely, reading Stella Rimmington’s novels have taught me that you can just as well fictionalise real-life experience.
On a completely different level, Scepticism Inc by Bo Fowler, Lambs of God by Marele Day & The River Midnight by Lilian Nattel have inspired me to take my stories and run with them wherever they lead.

What are you working on now?
I’m am currently working on a novel called ‘Ratatatat’, part of my Black River Series. It is the story of a con-man who recruits four street kids to help him with what he hopes will be the scheme of a life time. They put together an impressive deception that takes them to the heart of the city’s rich and powerful. They start accruing a fair fortune and it seems that they might just pull it off – then it starts pulling back.

What is your best method or website when it comes to promoting your books?
I tweet ALOT and that seems to work. Other than that I tend to go for free social media – Facebook, Tumblr, WordPress for example, but then I’m not a master of promotion and being a cheap stake do it all myself.

Do you have any advice for new authors?
Don’t write to be popular, write because you can’t stop yourself. Be original but don’t try too hard to be clever, relax and enjoy yourself. Make your characters real, and in someway sympathetic – even the bad guys. Everybody has good and bad qualities, and unless you’re writing a story for very young children, all your character should have this as well.

What is the best advice you have ever heard?
Iris Murdoch once said ‘Don’t start writing until you can’t believe your luck’. She’s absolutely right. Your best writing will grab you and shake you and force you to put it down in words, you’ll read it back and think to yourself ‘did I really write that?’

What are you reading now?
I’m currently reading ‘Brother Cadfael’s Penance’ which is the last in a series of twenty historical detective novels, set in the twelfth century during the English Civil War. The main character Br. Cadfael is a very unusual Benedictine Monk with a talent for solving mysteries. I love the way that Ellis Peters, the writer, has incorporated the language of the times into her writing without making it incongruous or difficult to read. It makes it really evocative and absorbing.

What’s next for you as a writer?
I’m currently working to collect enough votes to get Ratatatat published through a company called ‘Something Or Other Publishing’ – which asks authors to gain 1000 votes for their story.

No doubt, once I’ve finished the manuscript for Ratatatat and edited to within an inch of it’s life, I’ll go back to working on ‘The Fireborn Road’ – another Black River tale that is currently half told and waiting for further enthusiasm.

If you were going to be stranded on a desert island and allowed to take 3 or 4 books with you what books would you bring?
A Hat Full of Sky – Terry Pratchett
Harry Potter and the Deathly Hallows – JK Rowling
Little Women – Louisa May Allcott
Scepticism Inc – Bo Fowler