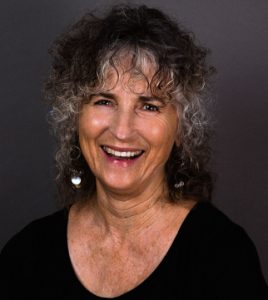 Tell us about yourself and how many books you have written.
A Canadian by birth, a high school dropout, and a mother at 17, in my early years, I supported myself as a stock girl in the Hudson’s Bay Company, as a long-distance operator for the former Alberta Government Telephones, and as a secretary (Bechtel Corp sponsored me into the States). I also was a cocktail waitress at the Fairmont Hotel in San Francisco; briefly broke into the male-dominated world of the docks as a longshoreman (I was the first woman to work on the SF docks and almost got my legs broken); founded and managed a homeless shelter in Marin County, CA; co-created The Story Shoppe, a weekly radio program for children that aired on KTIM in Marin County; and eventually earned two Master’s degrees (one in creative writing and one in the humanities). I have published reviews, interviews, short fiction, poetry, travel pieces, essays, and memoir in over 160 American and Canadian venues. My novel Fling! was published in 2015. Curva Peligrosa came out in 2017. Freefall: A Divine Comedy was released in 2019. My poetry collection All This was published in 2011, and a poetry chapbook NO MORE KINGS will be released this fall. I taught rhetoric at the University of San Francisco for over 30 years and currently teach creative writing at USF’s Fromm Institute for Lifelong Learning. I also blog at http://lilyionamackenzie.com.

What is the name of your latest book and what inspired it?
Freefall: A Divine Comedy is the title of my latest book. The seeds for Freefall came from a two-day visit I had back in 1998 with two of the three friends I’d travelled from Calgary to Toronto with in my late teens. I wondered what would happen if these four women had a reunion. Would the old bonds still be there and what would they discover about themselves and each other from spending time together? Freefall is a result of trying to answer those questions, but, of course, much more entered the narrative as I watched the story unfold. While the surface narrative is about these four females, the sub-narrative focuses on art’s role in our lives (the main character, Tillie Bloom, is an installation artist), female power, death, religion, and sex. Freefall zeroes in on a fundamental truth: We’re all in freefall, and that’s the real divine comedy. No matter how old we are, we’re still trying to “find ourselves” and discover what we want out of life.

Do you have any unusual writing habits?
I don’t think it’s unusual, but I can’t write while sitting at a desk. I need to move around with my laptop to different locations in our house.

What authors, or books have influenced you?
Certain novels had a profound effect on me at different stages of my life for various reasons. When I was working on my BA in English, I took a Modern American Novel class that did exactly what Lionel Trilling said such books should do: they read me as much as I read them. Faulkner’s The Sound and the Fury and his Light in August. Dreiser’s Sister Carrie. Hemingway’s The Sun Also Rises. And many more. Each book made me aware of elements of myself that were also manifested in the characters inhabiting the books.
Marquez’s One Hundred Years of Solitude found me at a time when I needed a model for the magical realism approach that seems natural to me and inhabits much of my work. I LOVE that book and return to it often for inspiration.

In another mode, Roberto Bolano, a Chilean writer, has also inspired me. He diverges from the more familiar magical realist vein and creates his own genre. I’ve read most of his books now, and they create a world that seems like a parallel universe to ours. He also steps beyond the usual fiction boundaries, violating our expectations of how a novel should unfold or end. I’m always entranced by his work.

And I haven’t mentioned W.G. Sebald yet, another writer who died far too young. He also invented a new genre, a hybrid novel form. Again, I’ve read all of his work, and I’m stunned by it.

I’m sorry that all of these authors are men when there are so many female authors I love as well, including Anne Enright. I’ll read anything she writes because of her sharp wit and illuminations of contemporary life. And of course fellow Canadian authors Alice Munro and Margaret Atwood.

What are you working on now?
Since Freefall’s publication, I’ve been working on a second novel that features a much younger version of Freefall’s main character, Tillie, an aging installation artist. The title of the new novel is Tillie: Portraits of a Canadian Girl in Training, a work that will probably be released late in 2020 or early 2021 by the same publisher of Freefall. Like her older self, the young Tillie is quirky, precocious, and loves to wander.

And why do I have “a Canadian Girl in Training” in the title? This passage from the novel should explain its irony:

Tillie not only didn’t succeed in school, but she also wasn’t flourishing as a Canadian Girl in Training—CGIT. She didn’t do good deeds or take care of the elderly. She didn’t salute the flag or memorize the national anthem or like the Queen that much. All those evenings attending CGIT sessions in the basements of churches—wearing a white middy and navy pleated skirt—did little to improve her. She didn’t give a hoot about Jesus or his wasted life. Nor did making Christmas candles and tree decorations enthuse her.

She did occasionally think about what CGIT was supposed to teach her—being more godly and pure. But she wasn’t interested in its lessons. Being a Canadian Girl in Training had a different meaning to her. It gave Tillie and her friends a chance to be out on the streets at night before and after meetings. All of them girls in training, the uniform was a cover for the more exciting things lurking in their hearts.

Of course, as this passage shows, attending CGIT meetings was an excuse to get out of the house at night. But the real training happened on her way to and from the church where the girls gathered. They smoked all the way there and back. They played white rabbit, a “game” that involved ringing doorbells over and over and then disappearing. They raided gardens. And they also visited the local park where the boys were hanging out. Tillie learns many useful things during those excursions.

And I’ve learned a lot from writing this novel. It can take years for a character and a story to emerge. It’s not unlike raising a child: there are developmental stages, and each one is important. So though at times I despaired that the work would never cohere, it did. And it was worth waiting for.

What is your best method or website when it comes to promoting your books?
I think Facebook has been valuable as a promotional tool. I keep my name in front of my followers by mentioning my weekly blog post and also by submitting famous authors’ inspiration quotes regularly. I also am active in several writing related FB groups.

What is the best advice you have ever heard?
John Cheever’s quote: “I write to make sense of my life.” That’s my main motivation for writing!

What are you reading now?
A collection of short stories, We So Seldom Look on Love, by Canadian author Barbara Gowdy.

What’s next for you as a writer?
To keep writing!

If you were going to be stranded on a desert island and allowed to take 3 or 4 books with you what books would you bring?
One Hundred Years of Solitude by Marquez
Any of Alice Munro’s collections
Jung’s Memories, Dreams, Reflections