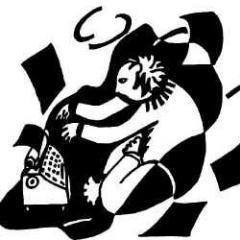 Tell us about yourself and how many books you have written.
I’ve been writing for forty years, mainly short stories, some non-fiction articles which have been published in Australian magazines and delved into some fan fiction along the way.

About 14 years ago, I wrote my first novel “In the Blood of the Greeks” and since then have written another five novels in the series and I’m currently writing book six.

In addition to being a writer, I’m a web and graphic designer.

What is the name of your latest book and what inspired it?
My latest novel is called “No Good Deed” and that is book 5 in the Intertwined Souls Series. It’s going to be published in February 2015. It’s a continuation of the story from my 4th novel “Awakenings”.

In the fifth novel deals with a decision taken by a loving mother for her child which has repercussions not foreseen decades later with devastating results for the two main characters. Sometimes a decision taken for the right reason turn out to be very wrong.

Do you have any unusual writing habits?
I write without hitting a single keystroke on the keyboard. I get bits of dialogue in my head ALL the time. Driving into work seems to be a favourite time when stuff hits me or in meetings. I smile to myself a lot which gets me a great deal of funny looks. My characters are very talkative and I have to force myself not to think about it so I can get some non writing work done.

There have been many times when I have indulged in writing in my head and by the time I get to a keyboard, I have forgotten the dialogue. Sad but true so now I try not to think about it unless I can do something about it.

Creativity is such a marvelous but maddening gift. We writers live in our own heads and it’s so much fun. I get ideas in all sorts of places and don’t have any warning of it hitting. It just happens. Out of the blue, it’s there. Just magic.

What authors, or books have influenced you?
There are quite a few books that have moved me and have influenced but none greater than “I Am Rosemarie” by Marietta Moskin.

It opened my eyes to the Holocaust and gave me insight into my next door neighbor who survived Auschwitz. Very profound for a teenager in the 1970’s. From there I read Anne Frank’s Diary, The Hiding Place and many more. It paved the way to my first novel “In The Blood of the Greeks” (the title is taken from a line in the Greek National Anthem) which is set during the German occupation of Greece in 1942. I incorporated the theme of two courageous women working with the Greek Resistance and the plight of the Jews in helping them to escape.

What are you working on now?
I’m working on the 6th novel in the Intertwined Souls Series “Into The Light” and I’ve outlined a new novel based on characters I wrote about in my 3rd novel “Hidden Truths.”

What is your best method or website when it comes to promoting your books?
I enjoy Goodreads a great deal and a few writer groups on Facebook and other forums. I have my own blog which I write about topics related to my novels.

Do you have any advice for new authors?
If you have a dream of writing a story, do it. Write for yourself; tell the story you want to tell. Go for it. Listen to the voices in your head and the absolute need to tell a story. Don’t waste time trying to figure out why you are the way you are; it’s a gift.

What is the best advice you have ever heard?
Don’t live in the past unless you are writing a historical novel. Live in the moment, embrace the good and the bad because you will learn, grow and become stronger for it.

What are you reading now?
Women of the Resistance: Eight Who Defied the Third Reich – I love real life stories of courageous women.

Women took part in perilous resistance missions during World War II alongside a much larger number of male resistance agents. This book presents the lives of eight women who, at profound risk to themselves, chose to challenge the Third Reich. Hailing from diverse regions of the world–the Middle East, Asia, Europe, and North America–the women shared privileged backgrounds of financial and social prominence as well as a profound sense of social justice. As to their deeds with the Resistance, they ranged from forging documents and hiding persecuted Jews to orchestrating sabotage operations and crafting a nonviolent protest movement within Nazi Germany itself. As could be expected, the costs were great, capture and execution among them, but the women’s achievements did succeed in helping to win the war.

What’s next for you as a writer?
I would like to finish book 7 “Into The Light” by the end of the year and start on Book 1 “Saint Gregori’s Gates” of a new series. Also on the agenda is to expand on a scifi short story I wrote twenty years ago and turn that into a novel. It all depends if the characters from my first series can be quiet long enough for me to write the others.

If you were going to be stranded on a desert island and allowed to take 3 or 4 books with you what books would you bring?
A Christmas Carol by Charles Dickens

I Am Rosemarie by Marietta Moskin

The Lion, The Witch And The Wardrobe by C.S. Lewis