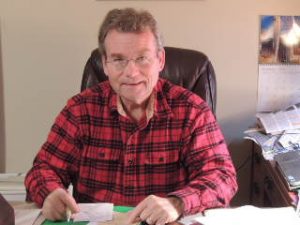 Tell us about yourself and how many books you have written.
Born and raised in an immigrant family, Max Willi Fischer has always had an interest in history. A retired middle school teacher, he enjoys writing about the ironies that occur in history. His first novel, The Corkscrew App, was published by Royal Fireworks Press in 2016. He’s also published several short stories. When not writing, he enjoys travel, reading and home-improvement projects.

What is the name of your latest book and what inspired it?
In the months immediately following my retirement, I first became aware of German/German-American civilian internment during World War II. I read Jan Jarboe Russell’s The Train to Crystal City with shock and amazement. Long before the mess on our southern border, our government was separating families…innocent families, guilty only by ethnicity. My mother had related to me how my great uncle Willi had been interviewed by the F.B.I and how my great aunt Frieda would not allow politics to be discussed under their roof. Upon reading Russell’s book, things fell into place.

My latest book, American Brush-Off, tells the story of seventeen-year-old Lud Mueller. Labeled a “dangerous enemy alien” in his hometown, Lud learns his deliverance depends upon his wit trumping his brawn. Interned in the Texas desert, he and his family become pawns in a secret World War II strategy. This isn’t what he expected for his senior year of high school.

American Brush-Off was written with two goals in mind. First, it’s important for young readers to realize how fear can contort one’s outlook on reality. Of the 11,000 Germans/German-Americans interned during World War II in this country, not one was ever convicted of treason or any other felony. Second, while Japanese-American incarceration during World War II has received wide-spread publicity through the decades (and rightly so), virtually no one is aware of the injustice inflicted upon thousands of German-Americans in a similar manner.

Do you have any unusual writing habits?
Not really. I consider myself a “plantser”. Some sort of historical paradox grabs me, and I plot the path of my book to a degree. Then again, I make so many changes along the way as the characters take root that I’m actually “flying by the seat of my pants”.

What authors, or books have influenced you?
One of the first pieces of advice I received as a writer was to read Stephen King’s “On Writing”. His insistence on the economy of words has remained with me. With each review I do on an individual chapter as a I write (or the entire manuscript at the end), King’s admonition on making it easier on the reader echoes within me.

What are you working on now?
Once again, I’m drawn to how fear of the unknown turns man into mush. “Revelations From the Dead: Chronicles of the Night Waster” is set in 1830’s New England. Communities are being ravaged by the disease of consumption (tuberculosis) which contemporary medicine is unable to treat successfully. It leaves the door open for Old World superstitions and bizarre remedies. In an era when the word “vampires” wasn’t known, the belief in them truly existed.

What is your best method or website when it comes to promoting your books?
Good question. Having only published my second book–an eBook at that–success has been limited. Hopefully, Awesome Gang will remedy that situation.

Do you have any advice for new authors?
1. Write what you know about and drives you.
2. Expect rejection; lots of it.
3 Remain committed and undeterred; don’t give up.

What is the best advice you have ever heard?
Strange, but as a writer, I am truly dependent on what I learned on the football field in high school over fifty years ago. During my first year on the team, upperclassmen sought me out with forearm shivers to the helmet. After some of those blows, I saw everything around me in a yellowish tint–the color of the mesh scrimmage vests half of us were wearing. Yet, I consistently got up and back into the fray. “Never stay down; never give up” applies on the football field; it applies in writing; it applies in life.

What are you reading now?
I just finished David McCullough’s “The Pioneers” about the settlement of the Ohio country after the Revolutionary War. As a former history teacher, I’m dependent on non-fiction to inspire my historical fiction. To me, reality is stranger than fiction.

What’s next for you as a writer?
I’ve decided to forge ahead in the world on-line self publishing. It gives me creative control. However, it does place the onus on me to responsibly market my own material.