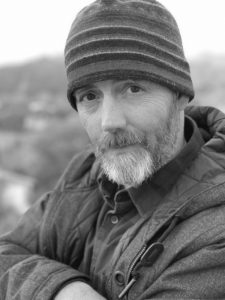 Tell us about yourself and how many books you have written.
My writing partner Therese Vannier and I have published two books, Dead Reckoning and our earlier novel, The Long Way, which is a historical fantasy moving from China’s opium wars to the American Wild West.

What is the name of your latest book and what inspired it?
We live on California’s Central Coast, and our latest novel is inspired by an event that took place here nearly a century ago, when a squadron of Navy destroyers hit the rocks in heavy fog near what is now Vandenberg Air Force Base. Seven ships sank and two dozen sailors were killed. It’s an event that few people have heard of, but living here you occasionally come across reminders of that night. It’s something that’s haunted us for a long time. We’ve always wanted to bring to life what it was like for these men who aren’t remembered today, and whose lives were changed — and even ended — by mistakes made far above their pay grade.

Do you have any unusual writing habits?
I write slowly and sporadically, often with long gaps when I’m not writing at all. The act of writing itself probably qualifies as unusual for me. And it certainly doesn’t qualify as a habit.

What authors, or books have influenced you?
I’m a fan of Michael Ondaatje. I love Penelope Fitzgerald. I’m looking forward to reading the new Dana Spiotta. The book that’s hit me the hardest lately is Sarah Moss’s Ghost Wall. Now I need to read everything she’s written.

What are you working on now?
We’re going back to the 19th century with another western. This one is about a disgraced Texas Ranger who travels to Utah Territory to collect a bounty on the man who killed his brother, only to find a bigger danger in the man’s seven wives. We’re close to finishing this one, and we’re really excited by the way it’s coming together.

What is your best method or website when it comes to promoting your books?
Here’s hoping that Awesome Gang has the solution to this! I have to say that I’m a firm believer in the idea that the best thing you can do to promote your book is to write more books, but of course that’s easier said than done.

Do you have any advice for new authors?
Turn back while you still can? Honestly, I think the best thing you can do is pursue a career and passions that have nothing to do with writing. It will give you something to write about.

What are you reading now?
George Saunders’ A Swim in a Pond in the Rain. I highly recommend this one to anyone interested in telling stories. It’s like taking his seminar class where he breaks down classic Russian stories to discover what makes them work.

What’s next for you as a writer?
We have a large backlog of stories we want to tell but like everybody else we have to juggle that with just trying to survive. We’ll see what happens.

If you were going to be stranded on a desert island and allowed to take 3 or 4 books with you what books would you bring?
I’d hope for survival manuals and field guides to whatever region I was stranded in. Beyond that maybe some blank notebooks that I would probably never get around to writing in, because I wouldn’t want to waste the paper until my thoughts were fully formed in my head.