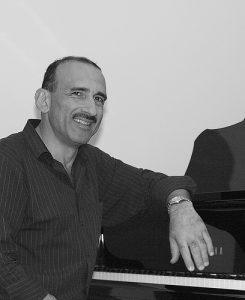 Tell us about yourself and how many books you have written.
My first book…as I figured, that the remaining 150 years of my life may not be enough to say what I wanted to say to the fellow humans, I started to write. To be totally honest – this novella became a by-product of my musical in the works. After the fourth staged readings of the show at a theater in Hollywood, the Artistic Director approached me and said: “You music and lyrics are great, but, the script is looking pretty good too. Michael, we would really like to have you as a member of our production company…all you have to do is write some short play…give me 15 or 20 pages,” he said. ” Hence, I began writing The Gardener as a short play, but it became a much longer book.

What is the name of your latest book and what inspired it?
The Gardener. A number of events have inspired this story, but the common thread is the beauty of the real people in the real world. Sounds pretty harmless to you, isn’t it? But there is an underwater current here: the Return to the Right Side of Truth, from the Other Side of It, from the Fantasyland.

Do you have any unusual writing habits?
Perhaps a desire to have a hit. Where each word (just like each note) is in its own place…can not ad or delete any, and want to read (hear) it again and again. These are the properties of a long-lasting hit.

What authors, or books have influenced you?
No one, really. I don’t have an analogue mind…I don’t create by analogy.

What are you working on now?
Just recorded a (hopefully) hit song with a Russian star Svetlana Portnyansky…a single release is days away…working on cover design and such. Coming back to the (hopefully) hit show, the musical, which was sort of put on a back burner due to a gradual loss of enchantment with the script…now it’s being re-built on a much sturdier literary foundation.

What is your best method or website when it comes to promoting your books?
I have not done any promotion yet…waiting for more reviews…

Do you have any advice for new authors?
You have two different worlds: the congested world of a Fantasy Land, with so many writers, ideas and competition, and a not so congested world of Real Beauty, on the Right Side of Truth. But for the later you will need some serious life experience…I few soap operas you’ve watched will not suffice.

What is the best advice you have ever heard?
It actually comes from my hero, Jose, the gardener: “Bend, but never break!”

What are you reading now?
Plato: The Republic

What’s next for you as a writer?
After the show is finished, I’ll probably take a solace from the turmoil of the enormity of the project in writing another (hopefully) hit novella.

If you were going to be stranded on a desert island and allowed to take 3 or 4 books with you what books would you bring?
The first two would be the first and second most popular books of all time: The Bible and Don Quixote, followed by The Gardener.