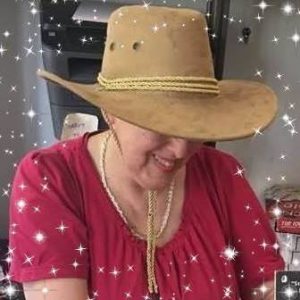 Tell us about yourself and how many books you have written.
I am a retired postal clerk in Brooklyn, N.Y., who has many second homes away from home (New York City). Through Black Rose Writing, a traditional small press publisher (who is growing), I have three published books: two are novels, one a collection of short stories. All are family-oriented (no profanities, no graphic sex scenes) and seasoned with more than a dash of fantasy.
Re: “second homes”: I love to travel and have found extraordinary beauty in nature and in national parks such as Yellowstone and Grand Teton where the two novels take place respectively (“The Geyser Girl of Yellowstone Park” and “Stories of the Mother Bear”). Being a roadie, I have driven cross-country to feel every inch of road beneath the wheel. But when I cross the Goethals Bridge or the George Washington and enter New York City, the ecstatic feel is always the same. Thus, I penned my love affair with the Big Apple in 10 shorts (“Songs to New York”) on miraculous events occurring to everyday people in the five boroughs.

What is the name of your latest book and what inspired it?
When I drove to Grand Teton National Park, it was at least 40 years since I had last visited there. But it was as though I had never left. I knew my way around. How else to describe it? From “Stories of the Mother Bear”:
“A little ways along the main road after the Teton entrance, I pulled
the bus over to the curb, opened the door and emerged to look around
me. The passenger’s side door opened soon after, followed by the rear
doors, and the family gathered around me. I embraced them all.
‘What is it, Daddy?’ Anna was first to enquire of me.
‘Did you see the bear?’ Susanna tugged at my sleeve.
I shook my head slowly. ‘It’s… that I feel I’ve been here my whole
life. As though it’s a place I’ve known for all time.’
‘Is it because it’s scenic?’ Jesse sought me eagerly.
‘It’s because… I’ve returned home.'”
I felt the land’s welcoming embrace. “Like a big old mother bear,” I remarked when I was back home. Followed by: “That’s it!”
The story took the form of a fictional autobiography of a journalist who embarks on a life journey after discovering his childhood vision of a mother bear in Teton was shared by others throughout history.

Do you have any unusual writing habits?
I’m a shape-shifter: sometimes I let the story lead me. Then I pause to outline another section. One story was so difficult that I had to plot out the “Act III” part. It was a murder mystery, a genre brand new to me.
But I much prefer my characters and circumstances to surprise me whenever I can.

What authors, or books have influenced you?
The Bible, foremost, which our family reads often. Have to chuckle, because it definitely showed in “Geyser Girl” which is written in poetic prose. Got this review on Amazon:
“I’m glad to see someone else saw that the book read like the King James version of Geyser Girl meets Dances with Wolves from nature’s point of view.” LOL
Daphne DuMaurier’s “Rebecca” has stayed with me, both for its lush, aromatic descriptions which transport the reader into her world, but for her ingenious way of showing, not telling.

What are you working on now?
Two new books of shorts: one, a second volume of N.Y.C. stories; the other, a collection of stories reflecting the human condition (the murder mystery is the first one).
I also wrote a stand-alone children’s story.

What is your best method or website when it comes to promoting your books?
My publisher likes days of Free Kindle. It garners much attention, which is what’s needed.

Do you have any advice for new authors?
Don’t worry about how good your work is. That’s not writing; it’s editing. Write first. From the heart.

What is the best advice you have ever heard?
The same.

What are you reading now?
“Throw-Away Faces” by gifted author Josef Alton. A shadowy, gruesome murderer knows how to confront and elude his pursuers at the same time.

What’s next for you as a writer?
In addition to the short stories, I have written 3 screenplays, one of which is a musical and expected to go into production end this year or so. The other 2 are supernatural horror. Actively looking for an interested party.
Also, after I finish editing my new children’s story, I will pursue animation.

If you were going to be stranded on a desert island and allowed to take 3 or 4 books with you what books would you bring?
The Bible, a collection of Shakespeare’s works in their entirety, a dictionary and a book of children’s fables.