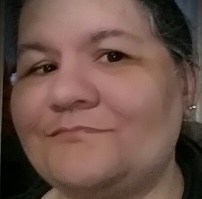 Tell us about yourself and how many books you have written.
The book The Wolf Riders of Keldarra Book 1: The Stone of Truth is my first novel, which was on release on 23 March 2016. I am currently working on the second book in the series, as well as my first science fiction book called Subject 37, which is already on pre-order on the Amazon website.

I got a heavy schedule set up for myself during 2016 in terms of writing.

What is the name of your latest book and what inspired it?
The inspiration for the book The Wolf Riders of Keldarra Book 1: The Stone of Truth came from an MMO I play called World of Warcraft. In that game two factions exist, and one of them is called Horde, and it their capital city are guards called Kor’kron Guard. On one particular day I decided to play my Horde character and this group of guards came riding on their mounts towards my character, it is at that moment the “Wolf Riders” from my book came into existings.

Do you have any unusual writing habits?
I am a reformed pantser. I am completely a plotter now. Even use the technique for planning my blog and website content. Was actually disorganised before I got hold of Scrivener, but I now swear by it, and I recommend it to anyone serious about writing.

Maybe my only bad habit now is that I don’t know when to stop on a day with writing.

What authors, or books have influenced you?
I grew up reading Isaac Asimov’s book, and reading them more than once. I, Robot and The Foundation series are still my favourite science fiction stories even today. In addition I love reading Jean M. Auel, J.R.R. Tolkien, and Christie Golden and Richard A. Knaak. I tend to take the best parts of a story and adapt them to my own imagination.

The movie I, Robot got it exactly right in terms of visual stuff btw in my opinion.

What are you working on now?
I am working on the second novel in the The Wolf Riders of Keldarra epic fantasy series, as well as my first science fiction book called Subject 37. There’s a synopsis of it on Amazon.com, and it can already be pre-ordered. It is on general release on 12 August 2016.

What is your best method or website when it comes to promoting your books?
Because I am still relatively new as an author the key activity would be “awareness”. Make people aware your books exist, and that you as the author exist too, always in that order as your book is the product to sell. I am currently just posting everywhere I can about it so readers know about it.

Do you have any advice for new authors?
Two words – perserverance and determination. I think they are self-explanatory.

Anyone who wants to be a writer should never stop to procastinate. Always work on some sort of writing, even if it is not your main story. And get into the habit of networking. Other authors are your allies. They can offer advice, guidance, support and friendship.

What is the best advice you have ever heard?
The best advice I’ve ever had isn’t even writing-related, but I apply it to my profile as an author anyway. The advice is to always be honest, someone people can trust, and to be truthful to yourself and others.

What are you reading now?
Currently it’s Ghost Storm (Hidden Bay Book 1) by Jessie Costin. It’s a story set in a town called Hidden Bay, and is set in Australia.

What’s next for you as a writer?
I guess a lot of writing over the summer. I got two books scheduled for release in August, but I am also looking at the two that are due out after that about which I have be hush hush right now still. Plenty of stuff to write for me as a writer.

If you were going to be stranded on a desert island and allowed to take 3 or 4 books with you what books would you bring?
If it’s 4 books I would take the version of Lord of the Rings I used to read in the school library in the first year of secondary education, which had Fellowship of the Ring, The Two Towers and The Return of the King in it, so that’s choice one. Then the next book would be Christie Golden’s War Crimes. I can’t go without I, Robot. And The Clan of the Cave Bear as my favourite Jean M. Auel book would be the fourth book.