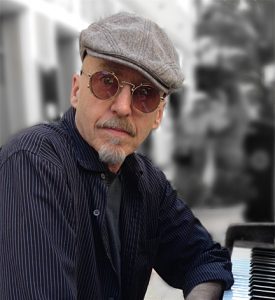 Tell us about yourself and how many books you have written.
So far I’ve written three books and two musical play scripts.
Two of the books are non-fiction about things the mainstream media just doesn’t report.

One being the abuses of human rights by the mental health industry and how they are partnered with Big Pharma. That book is titled, “News From Meat Street: Life on a Planet That’s Lost Its Soul.”

The other non-fiction is called, “A Newbie’s Guide to Conspiracy Theory.” It covers many of the “theories” that turned out to be true.

My third book is a book of poems and illustrations created for three to eight year olds. It’s called, “It’s Weird to Grow a Beard.” Pure fun with a lesson or two.

What is the name of your latest book and what inspired it?
My latest book is, “News From Meat Street: Life on a Planet That’s Lost Its Soul.”

In the 1990s I was writing a musical called Meat Street which was described as “Rocky Horror meets Cuckoo’s Nest.” For the musical I needed to do a lot of research into the field of mental health. What I found was shocking.

Years later I decided to put that information into a readable short book.

Do you have any unusual writing habits?
Nope.

What authors, or books have influenced you?
James Clavell. Robert A. Heinlein. Kurt Vonnegut. Shel Silverstein. Many others.

What are you working on now?
Art, music, film and any other creative area I can get my hands on.

What is your best method or website when it comes to promoting your books?

Do you have any advice for new authors?
Write. Then write some more.

What is the best advice you have ever heard?
Don’t worry. Be happy.

What are you reading now?
Several books by friends.

If you were going to be stranded on a desert island and allowed to take 3 or 4 books with you what books would you bring?
The Vedas. Bhagavad Gita. Egyptian Book of the Dead. Dianetics.