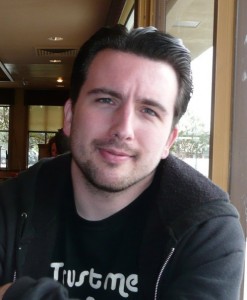 Tell us about yourself and how many books you have written.
I’m Nic. I’m a journalist, a luchador, and a habitual liar. I also write novels.

I’m having trouble keeping a tally. I’ve written close to eight, nine books, but they’re mostly worming their way through the rigorous editing process I put them through.

What is the name of your latest book and what inspired it?
My latest book is called Dag. It was inspired by an environmental lit class- largely by the fact that a full two-thirds of the class involved Native American stories, and as a white male of privilege I can’t stand the idea of minorities have a louder voice than mine. Kidding- though I did find the dearth of nonnative environmental lit disheartening, and stereotype-reinforcing. And in combination with the tea party movement, which I felt had difficulty understanding the difference between what governement should/shouldn’t do and anarchy, it all lined up to become a tidal wave of toxic mountaintop removal slurry rushing down a hill towards the safe parts in my psyche where I hide all of my stuffed animals.

Do you have any unusual writing habits?
I never write so much as my name on something without the most recent issue of Sports Illustrated jammed into my shorts to form a glossy banana hammock. But given my conversations with other writers, I don’t think that’s unusual, at all.

What authors, or books have influenced you?
My first published book (sixthish written), Whores was pretty heavily influenced by 1984- with the obvious difference being that Orwell worried about a suppression of human rights, and Whores contemplates a loss of women’s rights. I think Orwell, overall, has a ridiculously simplistic view of people, and an overly fatalistic sense of the world, but the sense of creeping oppression in that book is perfect. I imagine, if he understood the paranoid fever dreams he’s inspired over the years, he’d probably chuck his manuscript in the waste paper bin and write children’s stories, instead, but it’s a fascinating work.

My influences are a little wide ranging. Preacher engaged my burgeoning fecalphile, at an age where I was told it was no longer acceptable for me to giggle about poo. But it also talked about the nature of God and faith, and whether or not friendship could weather people being truly horrible to one another.

One of my most endearing loves in comics is Transmet. I think the latter third sags a bit; either because the author too heavily embraced the wave of story decompression, or because he simply lost interest by the end, but especially that first third is just packed with ideas and research and lovingly detailed characters. And it introduced me to Hunter S. Thompson, who was even cooler than the protagonist of Transmet, which I never would have thought possible.

I grew up mesmerized by Poe. I wasn’t a goth child, but he spoke of a world that was darker, and and drearier, yet more real, than the one I was walking around in.

I’ll always love the work of David James Duncan, which had I think a spiritual impact on me- though probably not a literary one.

What are you working on now?
Right now, this morning, I’m supposed to be working on Nexus, my original Star Trek if it attempted to make any sense and hadn’t been relegated to only having aliens that could be made with colored lights or people in rubber suits. There’s also a parallel in there about colonialism or something, too, but I nodded off in the middle of writing the synopsis, so I can’t be completely sure. Or maybe the important point is that it’s a reaction to the trend of commercialising space travel, and examines what might happen if only corporations launch deep space missions, once that becomes a feasible possibility- plus just looking at what that possibility might look like. And I suppose I’m putting the finishing touches on the cover to Dag, as well as the formatting of the print edition.

What is your best method or website when it comes to promoting your books?
My best method involves gently soiling myself while my wife fixes it. It’s strange to admit, but when I first entered college, it was as a computer science major. That didn’t last, and now, facebook and twitter terrify me to the point where most clever things I want in either location (or Goodreads or wherever) is filtered through her. Which is probably just as well, because she’s also my proofreader.

Do you have any advice for new authors?
Prepaid therapy. Tie people who give you encouragement (or better, criticism) up together like like logs in some kind of human raft, to keep in your basement. Don’t use the raft on the water- or, if you must- make sure the human logs are face up in the water. But to not glibly ignore the spirit of the question, writing is hard. No, that’s wrong. Writing is easy. Most children do it with minimal growling. Writing is easy, and joyful. But that thing you wrote so easily, and that made you cry joyful tears it was so damned good coming out of you? It’s terrible. Just awful. If your mother weren’t such a saint, she’d grab a coat hangar and try to extraordinarily late term abort you for writing it. What it needs instead of loving praise is abuse, mistreatment, and the literary equivalent of abandonment. You have to lock that mutated beast in your basement, and let everyone you can talk into it into the basement with a lead pipe to beat on it. The goal isn’t to get your mother/father/sex-worker to give it token praise- you have to mutilate your story until it’s worthy of their praise.

What is the best advice you have ever heard?
My grandmother, knowing she was dying, told me to do great things. That was terrible. She knew by then I was a writer. I had already opted out of doing great things. I don’t know if anything anybody’s ever written qualifies as a ‘great thing.’ I think most authors recognize their insignificance, and their writing is an attempt to reconcile themselves with that by either creating a world where they can have an impact, or by sidestepping that concept and just saying, “Well if I had my say, we’d do things this way.” That was going to be my original answer; until this very moment I’d kind of thought it was a sweet if slightly unachievable goal she set for me, but now it seems kind of karmically mean.

Better advice I think came from Adam West, when I was privileged to interview him. First, he said he didn’t think he had advice- which is about the wisest thing you can say (and obviously from my response to the last question, I’m not nearly as wise). And after that he said, basically, that you had to ignore negativity and hypocrisy and try to live your life for you. And I think that’s not bad advice for writers. You will get reviewers who don’t get your story, or who don’t try, and really only showed up to rub your story on their balls. But you didn’t write it for them. You wrote it for that one kid out there it speaks to, who maybe has a better day having read it, or is a little nicer to someone. It’s about trying to have some small, positive impact on people. And using your literary acumen to write those reviewers into the most creatively violent murder scene possible for your upcoming survival horror novel.

What are you reading now?
My wife still has me reading through Tad Williams Memory, Sorrow and Thorn- specifically the Dragonbone Chair. I want to do a long-term fantasy project, somewhat akin to Game of Thrones or the Chronicles of Narnia, published periodically in novellas, and she says before I can do that I have to finish that book. I see it kind of like the literary equivalent of being in a SAW movie, where I have to saw my own arm off with a tube of sexual lubricant to escape. She assures me it gets better after the first hundred pages- to which I should have snarkily asked, “Why would you know?” Except that I’m afraid of her.

What’s next for you as a writer?
Nexus. Then the Necromancer’s Gambit, which is the story of an underground magician government in Portland that has to deal with the equivalent of a coup. Plus, it has necrophilia in it. On the writing front, I actually have sequels planned for Nexus and the Gambit, as well as a survival horror novel, and probably a political novella. I had planned to throw my name into the hat for Pope, as well, but I got a bit bogged down editing the final draft of Dag, and that Popeship has sailed.

What is your favorite book of all time?
Fear and Loathing in Las Vegas. Funniest thing I’ve ever read. And in between all the crazy, there’s some intelligent ideas bandied about, too. But mostly it’s a drug-fueled bender about two amoral half-wits trying desparately not to go so far the authorities have no choice but to lock them away, while being so out of their minds that they can no longer grasp the right area code of too far.