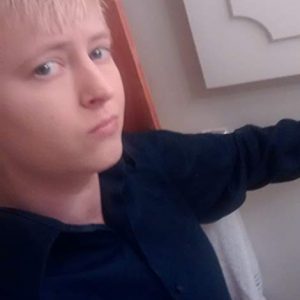 Tell us about yourself and how many books you have written.
Growing up in a small town, Nicole Higginbotham-Hogue spent a majority of her time reading and writing, so when she was granted the opportunity to write full-time, she didn’t have to think twice.

Since beginning her writing career, she has managed to pen several lesbian romances, while adding a little action and adventure to spice things up.

As a newly graduated MBA student, she plans to use her recently discovered free time to craft the art that she loves. For more information on Nicole’s new releases or to find out what she has been working on, sign-up for her newsletter at higginbothampublications.com.

What is the name of your latest book and what inspired it?
My latest book is called Complicated Heart. This is the fourth edition in the Avery Detective Agency Series, a series that was first inspired by my grandfather. I decided to write a fourth installment because several readers had contacted me requesting this addition, and since I love mysteries, the writing process flowed naturally.

What authors, or books have influenced you?
Early on, I was influenced by Jane Austen and later by Julie Ann Peters. As I got older, novels by Radclyffe began to hit the Barnes & Noble shelf, and at that time, there were only a few lesbian fiction authors. After reading several of her works and exploring that of Gabrielle Goldsby and Gerri Hill, I decided that it was time for me to try and tell my own stories.

What are you working on now?
I am slowly working on a new novel, but since I am just stepping into this new book, I don’t have too many details to reveal except that it is a heartwarming tale and more of a comedic-drama.

What is your best method or website when it comes to promoting your books?
My best method for promoting my books is to use several Websites at a time. There are many groups of people out there that will not know who you are or about your books if you are always advertising on the same Website, so in order to expand, I seek out sites that are new to me and I attempt to get my work into the hands of those that may not have had a chance to read it.

Do you have any advice for new authors?
The biggest piece of advice that I have is to keep on writing. Sometimes, one reader may not like one of your books, but that doesn’t mean that they won’t like another one. This is a difficult industry to break into, and there is a lot of criticism that goes with it. However, it is important to accept the fact that other people have their own opinions and to keep your head up. If you keep writing, you might just write the masterpiece that you have always dreamed of.

What is the best advice you have ever heard?
The best advice that I have heard is to do something that you love and to try and inspire good in people by doing it. I think that this is very important advice, and as I get further into my career, I have been working more towards pieces that are somewhat inspirational. I think that a lot of my earlier work was a bit more personal to me and the situations that I had gone through at that time, but now that I have been writing for a while, I am working towards bettering my writing habits and attempting to lift people up with my newer stories. It is important to empower yourself, but it is also important to empower others.

What are you reading now?
It’s been a really busy year, so I haven’t had as much downtime as I would have liked. However, it is a goal to finish the Pink Bean Series by Harper Bliss, and I am also in the middle of two other novels, one by Miranda McLeod and another by J.A. Armstrong.

What’s next for you as a writer?
I hope to continue working on my newest book and have it ready for release by the beginning of next year, and after that, it will be a surprise for both myself and my readers. I never know when an idea for a new book will hit me, and when it does, I get busy writing it.

If you were going to be stranded on a desert island and allowed to take 3 or 4 books with you what books would you bring?
Honestly, I would have a difficult time choosing between books. I know that I would probably bring the Bible as a method to empower myself while I was stranded. I would also probably bring a couple of books by Radclyffe, but choosing between her novels would be difficult.