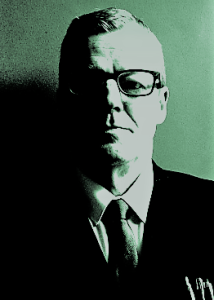 Tell us about yourself and how many books you have written.
This is my first completed novel, although I am working on a sequel at the moment. I also have a rough draft of a third novel in the series, which started off as something else entirely, but I realised that it could be adapted perfectly as a third instalment.

What is the name of your latest book and what inspired it?
The book is called Normanby and it just sort of grew. I started writing the novel during down-time and lunch breaks at work, just a few sentences here and there without any real idea of where it was going. After a while, I started to get to know the characters, and so I went back to the beginning, and worked out a plot. It meant that a lot had to be rewritten, once I had finally decided what was going to happen.

Do you have any unusual writing habits?
When I started out with Normanby, I simply wrote by hand in a notebook and typed it up later. I generally still write that way, but I have experimented with dictation, especially for dialogue. Every now and then, I might get caught talking to myself, doing what is, in effect a little radio play into my voice recorder. It can be embarrassing, I suppose, but it’s much easier to get natural dialogue that way.

What authors, or books have influenced you?
There are countless great authors that have influenced me, many of them writers in totally different genres to mine. I suppose the writer that influenced the overall style of Normanby (even though he wrote a somewhat different type of spy/adventure story), is Peter O’Donnell, the author of the Modesty Blaise series.

What are you working on now?
Well, as I said earlier, I’m currently working on a sequel to Normanby, entitled Armageddon Games. There will be new adversaries and allies, and also some returning characters.

What is your best method or website when it comes to promoting your books?
Well, I’m quite new to all this sort of thing. Of course Brindle Books, although it’s a new project, and PR Log, which is a free press release website. Of course, I have very high hopes for Awesome Gang as a way to put the word out.

Do you have any advice for new authors?
I think the most important thing is to make sure you enjoy what you’re doing. Probably the other best bit of advice that I’ve heard myself is: “Don’t get it right, get it written.” When getting your first draft on paper, switch off your internal critic and just get it down on paper. Don’t even start thinking critically about your work until you have a first draft. I know so many people who spend so much time tinkering as they’re writing that they will probably never get that first novel written.

What is the best advice you have ever heard?
“Don’t get it right, get it written,” and “never drink and drive.”

What are you reading now?
When I get a spare moment, I’m currently reading The New Spymasters by Stephen Grey, published by Penguin Books in the UK. It’s a non-fiction work about the development of Intelligence techniques and methods in a world of ever changing threats. It’s absolutely fascinating.

What’s next for you as a writer?
Well, in the near future, the sequels to Normanby will undoubtedly keep me busy, but I do have some ideas on the back burner for other projects. I’ll let them germinate slowly before I tell anyone about them, though, as these things often change, develop and grow before they get put down on paper.

If you were going to be stranded on a desert island and allowed to take 3 or 4 books with you what books would you bring?
Being a pragmatist, my first choice would be No Need To Die by the late Eddie McGee. He was one of the UK’s foremost survival experts. I attended his Outdoor Survival course many years ago and still have the copy that he signed for me. I would probably want a copy of one of the Modesty Blaise novels by Peter O’Donnell. Lastly, I think I would have to take a copy of The Once And Future King, by T.H.White.

To discover a new author, check out our Featured Authors page. We have some of the best authors around. They are just waiting for you to discover them. If you enjoyed this writer’s interview feel free to share it using the buttons below. Sharing is caring!

If you are an author and want to be interviewed just fill out out Author Interview page. After submitting we will send it out in our newsletters and social media channels that are filled with readers looking to discover new books to read.

If you are looking for a new book to read check out our Featured Books Page.