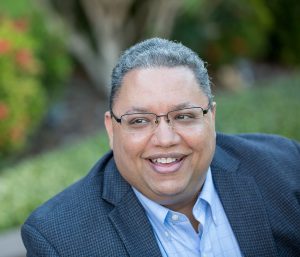 Tell us about yourself and how many books you have written.
I’ve always been a storyteller, but never put pen to paper until a rainy August Saturday afternoon, after putting away groceries and nothing to watch on TV in 2015. Suddenly, I had a publishing contract, and am now in the midst of the vortex of marketing, analytics, refining, and continuing to
write, which I now define as my true calling and passion.

I’m now fully and happily immersed in the whirlwind that is the publishing industry, even as I diligently continue my work in software sales.

I’m a former-Long Islander with Hispanic roots, now living Florida, and it is from those memories of summers on Long Island that I crafted my debut novel, Last Exit to Montauk.

Now I can’t stop my brain from working through new ideas for future stories, which is why I currently have sixteen other books in various stages. I’ve already promised my publisher, Janet Fix, thewordverve, I’d have one to her by the end of this summer, which has her excited.

My hobbies, aside from enjoying my ongoing work as a published author, include many of the other art forms: singing, performing, and reading. The beach is always home to me. . . and laughter, whether my own or someone else’s, is an unsurpassed joy that I embrace whenever possible.

Lastly, I live in the Tampa Bay area with my wife, four sons and “two and a half dogs,” which are actually four dogs, but three are Chihuahuas while the fourth is a shepherd, who thinks she’s a Chihuahua, so I say it “two and a half.”

What is the name of your latest book and what inspired it?
My debut novel is called, Last Exit to Montauk and it was inspired by my life on Long Island, in the 1980’s. That said, had someone told me that at the age of 49, I’d complete my first novel, publish it at 51 and have sixteen others in process, I’d have laughed and thought that person was nuts…N-V-T-S, as the great Mel Brooks once said. (Okay, I know it was Ron Carey’s character, Swiftus, in History of the World, Part One, but Mel wrote the movie, so I give him the credit.)

Do you have any unusual writing habits?
How would you define unusual? I wouldn’t say unusual, but here’s my current process, which again, is all new to me. Remember, I’ve only started doing this in August 2015, so I’m still a “newbie”.

How it works for me is like this, images, like a video or movie will start playing in my mind’s eye, including dialogue and music. From there, I start typing what I see, hear, smell, etc. It’s a fully immersive process, involving my five senses. It’s the strangest sensation I’ve ever experienced, and one I’m still learning to manage.

I usually write at night, or after yard work, on the weekends. I get into “the zone” by putting on music videos on YouTube or SiriusXM and listen to Howard, The Bridge, Road Trip, The Message or Classic Rewind, and start typing away. Before I know it, I’ve written 1000 words, or a few chapters.

So is this unusual? I don’t know, but it’s how I do it. So far, it’s worked for me, which is why I have sixteen stories in process.

It’s funny. I was in Orlando this week, on vacation with my family, at Universal Studios. We hit all three parks, including their new water park, Volcano Bay, which was a hoot. Anyway, I bring this up, because two of the three parks have multi-million dollar attractions that began as a whim in 1990 on a delayed train between Manchester and London, England to some nondescript woman, probably heading home.

After trials and tribulations, including going on the UK version of public assistance, fast forward to 1997, and the first novel in the Harry Potter series was published. Two decades later, me along with millions of others can now walk around Universal Studios’ vision of her novels. She went from welfare to millionaire status in five years, all because of a young wizard named Harry.

Is that my goal? No, I don’t never see my novels getting transformed and becoming part of a theme park, but who knows? I can certainly see them transferring to the Silver Screen in the not-to-distant future, which is one of my goals.

What are you working on now?
I have other love stories/romance novels in various stages. In addition, I have a thriller and a pure fictional comedy piece as well. My publisher, Janet Fix, thewordverve, recommended that I stick with one genre and develop a following for now, before venturing into a new category. But, I can’t control what comes to me, as I mow my lawn or drive to an appointment, or relax at the beach.

What is your best method or website when it comes to promoting your books?
I have a variety of methods, and am always open to suggestions and recommendations. I use sites like this. In addition, I use social media, Facebook, Twitter, Instagram, and Goodreads as often as possible. I’m even hosting an online reader’s circle on my Facebook page on July 15, 2017 from 6 to 8 PM ET.

It’ll be an opportunity for readers to come together and discuss the novel. It will offer guests exclusive access to a deeper conversation with fellow readers, as well as the chance to meet and “hear” me speak about my work as I provide insight and context into my stories.

I also am proactively reaching out to various review sites and publications, while my publisher works with various media outlets. We have a media kit we use for that, which contains everything, including information on me, the book, a short and long synopsis, what people are saying, downloadable’s, contact info and even a sneak peek.

Do you have any advice for new authors?
Yes, keep writing daily, even if it’s for a half hour. Get in the habit of writing at least 500 words daily. Before you know it, you’ll have a book ready for editing. And don’t give up, even if you have writer’s block from hell.

Take a deep breath, take a walk around your block, drink some water, listen to some music, and get yourself into the zone. And relax!

What is the best advice you have ever heard?
“If what you’re writing is not driving your story forward, then delete it.” My editor/Publisher, Janet Fix, thewordverve, gave me this advice, and allowed me to cut my manuscript for Last Exit to Montauk from just under 800 pages to 388 pages.

That and “get your butt in a seat and start writing!”

What are you reading now?
I’m reading the latest Dragon Tattoo book, The Girl in the Spider’s Web, by David Lagercrantz. I’m also reading Persuader, a Jack Reacher novel, by Lee Child. I just finished Lawrence Kelter latest, Back to Brooklyn, Book 1 of the My Cousin Vinny Series and it was awesome! I highly recommend it!

What’s next for you as a writer?
Keep on writing! I currently have sixteen other stories to complete, so I plan on working on and completing those. That said, based on my current process, of having stories just hit me, I anticipate that I’ll have many other stories in my “queue”, which has my Publisher excited.

If you were going to be stranded on a desert island and allowed to take 3 or 4 books with you what books would you bring?
The Bible, which is technically 66 Books, but for now I’ll count it as one.
The Shack
Joshua by Joseph F. Girzone
Different Seasons by Stephen King
The Harry Potter Series

I know you said 3 or 4, but I like to push the envelop and these are all must reads!!