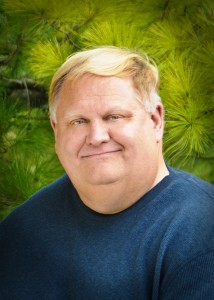 Tell us about yourself and how many books you have written.
I was born and raised in Ohio and presently live in an old house in a small central Ohio town, famous for its giant gourds. I come from a family of avid gardeners. Now retired, I had the privilege to work with people with disabilities for over thirty years.
My tiny city garden is crammed with an assortment or a collection of plants. During the long cold Ohio winters I continue gardening in the house and in my small backyard greenhouse. I am passionate about plants and writing.
In my youth I traveled the world. The diversity of plants around the world is amazing! I especially enjoyed my time teaching in a bush school in Africa and spending a summer with the legendary Masai Tribe on the Serengeti Plain.
For years I have enjoyed the study of the ancient uses for plants and herbs. Many cultures today still believe in the magical qualities of plants. Grow a tomato, a tree, or plant some tulip bulbs, or grow some herbs in your kitchen window. It will make you feel good and you will be making our world a better place!

I have written a three book series called The 415 Raspberry Picket Trilogy. The first book, The Seven Sacred Seeds was published in 2005. Since I retired in 2012 I finished the series and they were published by another company.

I am an avid gardener and have a passion for plants. I am concerned about climate change and the loss of habitat for plants and the effect on the planet. By using fantasy and local Indian myths I combined these ideas with tales of traditional witchcraft and mythical creatures. The heroes of the novels use magical herbs to battle a host of monsters, ghosts, witches and try to defeat the Dark Master and stop him from destroying earth’s plant life.

Do you have any unusual writing habits?
I try to make my characters to be as human as possible with human flaws. The characters battle with anxiety, doubt, fear and uncertainty. I wanted the story to take place in real time and even though they are witches they don’t live in castles in Scotland but on a small town street in Ohio, in middle America. I tried to add as many plants and work in the folklore and myths of magical plants. While most of the plants discussed in the novels are real , I imagined a few mythical magical plants!

What authors, or books have influenced you?
I am a big fan of Edgar Rice Burroughs who wrote several Tarzan novels. Many people don’t realize he also wrote three Science Fiction series, the most well known was the John Carter of Mars series. A man is transported to Mars where he fights plant creatures. I love the swashbuckling sword fights in the stories.

I am also a Harry Potter fan, but I don’t want people to compare my novels with Harry Potter. Both are stories about witchcraft, magic and battles with evil, but I wanted my focus to be on ecology and plant conservation and the issues the devastating results of plant extinctions.

What are you working on now?
For over thirty years I had the privilege of working with people with physical and intellectual disabilities. I met many wonder people who taught me a lot about life. I am working on a book about the people I served who had a huge influence on me.

I am also working on a science fiction novel with religious and spiritual undertones.

What is your best method or website when it comes to promoting your books?
Promotion is difficult and expensive. Three newspapers have ran stories on my books. The local paper printed all three book covers in color. I have sent out thousands of colored postcards with the book covers to a targeted audience of middle school age children. I hand out the full colored post cards and business cards everywhere I go. I have been speaking at garden clubs and schools. I have been trying to use Facebook, and Pinterest. A local PBS station ran a story on their website. I have also e-mailed many groups, clubs and organizations.

Do you have any advice for new authors?
Writing is the fun and easy part of being an author. I had terrible luck with a trio of editors. They were expensive and some did not do a very good job. In the end I asked my website designer and he did a good job editing. There were many times I felt discouraged and wanted to give up. I contacted various companies to publish the book. One large company representative would quote me different prices every time I talked to him. I compared him to a used car salesman and he became highly offended. I did not apologize and used another company!

What is the best advice you have ever heard?
I am close to 60 years old and this might make me sound like a momma’s boy, but my mother continued to encourage me and continues to give a lot of support. You have to believe in yourself! You can’t give up! Promoting these books almost seems like too big of a task. Most people don’t have thousands of dollars to promote and publicize their books. I am grateful for sites such as this one. Every little bit helps!

What are you reading now?
I just purchased the Grave Yard Story about a boy who is raised by ghosts in a graveyard! An older guy who volunteers at the hospital told me about the books when I had an appointment last week. I am looking forward to reading them!
I like about any kind of plant/gardening book too!
I just bought a cook book called Irish Pub cooking. Can’t wait to try some of the sea food recipes! If nothing else it is full of pretty pictures of the Irish landscape.

What’s next for you as a writer?
I guess we all have dreams… maybe they are not realistic, but I think its important to chase the dreams anyway. It is better to chase dreams than to regret later that you didn’t try.

If you were going to be stranded on a desert island and allowed to take 3 or 4 books with you what books would you bring?
Some sort of herbal medical book, a cookbook, and a garden book. Maybe I could learn to grow coconuts and use the cookbook for some nice coconut meals!