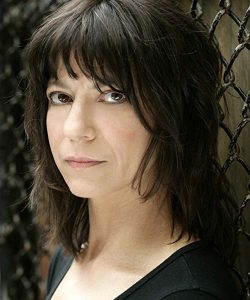 Tell us about yourself and how many books you have written.
Seemingly drawn to anything creative, I am, among other things, an author, musician, photographer, and fledgling filmmaker. There’s also an analytic side of me that loves physics, math, and the exploration of the human psyche (which led me, late in life, to become a psychoanalytically trained psychotherapist). And lastly, there’s the fighter in me, which led me to become a martial artist, training for many years and earning two black belts in the process. I live in New York City, where I grew up and have lived for most of my life. It’s the setting for the one book I’ve written to date.

What is the name of your latest book and what inspired it?
The story of Falling Back to One has been a part of me since I was in high school. Shortly afterwards, when I was about 18 or 19, the psychotherapist I was seeing encouraged me to write it down as a book. However, it wasn’t until many years later that I actually put pen to paper. Considered a page-turner of psychological suspense by many readers and reviewers, it’s also a powerful story of transformation and healing. My hope is that it will give something of meaning to each person who reads it.

Do you have any unusual writing habits?
My first draft of anything is always in longhand, which may be “unusual” today only in that it’s considered old-fashioned. But I feel a deeper connection to the words when they’re literally flowing through my fingers. Another writing “habit” is that I prefer to write at non-specific times in non-specific places. For example, I write and (red pen in hand) re-write a lot while on the subway (if I can get a seat), in waiting rooms…I don’t ever remember sitting down at a proper writing desk to write at a time that I specifically set aside for that purpose.

What authors, or books have influenced you?
When I was in my late teens and early twenties, I read many of Thomas Hardy’s books. I liked his use of language, the way he took his time to let things unfold, and the very unfortunate coincidences that would take place in his stories, inevitably causing tragedy. What I took away from authors such as Isaac Asimov, Arthur C. Clark, and J.R.R. Tolkien was their ability to vividly create completely unique worlds that felt very real though they were totally not. Jhumpa Lahiri is such a beautiful writer and storyteller, drawing me into her characters. And Joyce Carol Oates has been a longtime favorite for her always-interesting, though dark, stories peopled with characters that are alive with their own unique voices.

What are you working on now?
After dipping my toe into the world of filmmaking by creating a cinematic book trailer for Falling Back to One (http://www.youtube.com/watch?v=UXJ6PwE_5aY), I’m considering writing a movie adaptation for the entire book. Because the story is so complex with so much happening, it would likely have to be a multi-episode, short-run series, filmed with cinematic quality, and shown without commercial interruption.

Do you have any advice for new authors?
If, regardless of your genre, you aspire to write in a literary style, learn all you can about the craft of writing. How you tell your story has a huge impact on the way readers will experience it. I knew next to nothing when I started, causing me to go through countless rewrites while I continued to learn as I went along. You can save yourself a lot of time (and paper) by starting off with a good grounding. I highly recommend David Morrell’s Lessons from a Lifetime of Writing as one source.

What is the best advice you have ever heard?
Following from my answer to the prior question, one core principle I heard from several people is to show, don’t tell. For example, instead of writing “When Tom gave Suzy the book, she was so happy,” it’s far more powerful to write “When Tom gave Suzy the book, she broke into a wide grin, her eyes lighting up in a way he hadn’t seen in a long time.” Let the reader, based on what you’ve described, discern that she’s happy.

What are you reading now?
The Woman in the Window by A. J. Finn. I’m definitely enjoying her writing style. But since I’ve only just begun reading it, I can’t say much more than that.

What’s next for you as a writer?
I have an idea for a completely different type of book than my first one. It would be written in a more stream-of-consciousness style and told in the first person.

If you were going to be stranded on a desert island and allowed to take 3 or 4 books with you what books would you bring?
Because it brings me a sense of peace, and because I take away something a little deeper each time I read it, I would want a copy of the Tao Teh Ching by Lao Tzu. I would also probably take The Time Traveler’s Wife by Audrey Niffenegger. While the writing isn’t necessarily perfect, the storytelling most definitely is, all the details and pieces of the puzzle coming together in an incredibly powerful ending that left me crying my eyes out. By the way, please don’t judge her book by the awful movie adaptation that was done (where they, for some incomprehensible reason, changed that amazing ending). And lastly, since this is a personal list for myself, I would take my own novel, Falling Back to One, which is so precious to me. So many years of my life were wrapped up in writing it, and so much of my life (in one way or another) was encapsulated in the story itself. Despite my likely having read it over 50 times in the process of bringing it to print, it still makes me cry (from a variety of emotions) and, in those uniquely lighter moments, laugh. I would hope that every author has at least one book they wrote that they would feel the same way about.