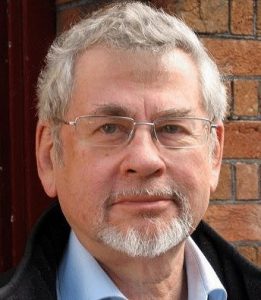 Tell us about yourself and how many books you have written.
I’m a British writer and journalist. I’ve been writing for more years than I care to admit to, and I’ve published a dozen books, both nonfiction and fiction. I’ve written about subjects as diverse as Anglo-German relationships and the two world wars, Darwinism, and how propaganda and PR found their way into politics. Three of my books have inspired TV films in the US, Britain and Germany. I’m on my fourth novel – all thrillers.

What is the name of your latest book and what inspired it?
My latest book is called “When Sally comes marching home”. It’s based on the incredibly brave women who fought undercover behind enemy lines in WW2 as agents of the Special Operations Executive – SOE. When the war was over they were simply dismissed back to civilian jobs as teachers, secretaries and sales girls. I’ve imagined what might have happened if one of them – Major Sally Honeychurch – had acquired intelligence during the war that was vital to the intelligence agencies in the postwar world.

Do you have any unusual writing habits?
I just plug away at my trusty old laptop on the dining room table.

What authors, or books have influenced you?
I love all thrillers and I’m a special fan of writers who started as journalists – Dashiell Hammett, Hemingway, Ian Fleming.

What are you working on now?
Currently I’m halfway through my second book about Sally Honeychurch. I won’t give much away except to say it’s set in the United States in 1947 and involves the Mafia, the fledgling CIA and Hoover’s FBI.

What is your best method or website when it comes to promoting your books?
Tough question. There’s no magic bullet. I think you’ve got to spread your promotion as far and wide as possible over the dozen or so well-run sites. One thing I will say is that Goodreads has become important site and now that they do Giveaways for Kindle books, they are a must for reviews, although I haven’t yet tried them for advertising.

Do you have any advice for new authors?
Never give up.

What is the best advice you have ever heard?
“A writer is someone for whom writing is more difficult than it is for other people.” Thomas Mann.

What are you reading now?
The biography of Lucky Luciano.