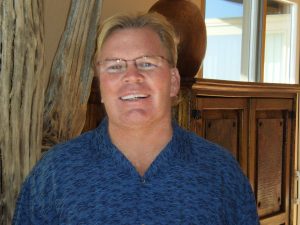 Tell us about yourself and how many books you have written.
I have written 8 books and am about to finish my 9th novel;

Born and raised in Southwestern Idaho, Rico is the oldest of five boys, growing up in an area that was ripe for several adventures with his four younger brothers and numerous cousins.

Rico grew up near farmland that produced potatoes, hay, hops, grain and corn. There were several fruit orchards and vineyards in the Snake River Valley as well, due to the extraordinary fertile soil.

A few years out of high school he moved to (the big city) of Boise and enrolled at Boise State University as a student and walk-on football player. However, he could not escape the allure of traveling the world and began writing and storing his experiences in hopes of someday becoming a novelist and writer. He began reading every chance he had. From contemporary novels to classical literature, Rico’s love of storytelling was uncontrollable. He appeared occasionally at Boise’s former Comedy Club as a stand-up comedian, retelling his stories of growing up in a comedic fashion.

Rico earned an Associate Degree in Marketing and Sales from BSU. After a few years of low level management positions, Rico moved to Hawaii for a short time, surfing the waters of Kaua’i and enjoying the outdoors. He then moved to back to Idaho. In 1991, Rico moved to the Phoenix/Scottsdale area and continued his education receiving a Bachelors of Business Administration in International Business at Grand Canyon University, named the “Outstanding International Business Graduate of 1995.” That same year he was also selected as “Mr. Future Business Executive” at the State Leadership Conference which included all universities in the State of Arizona.

The summer before graduating, Rico went to Vilnius, Lithuania, and taught English (ESL). During fall semester of his senior year at GCU, Rico attended Staffordshire University in England where he also started on the American Football Team for the Staffordshire Stallions. Rico finished his Masters, an MBA in International Management at Thunderbird School of Global Management with a focus on the Latin American Region and the Spanish language. He did this while working full-time as a feature writer and freelance journalist at the T-Bird school paper, DAS TOR. Rico wrote a few of his articles at DAS TOR especially for the foreign students of Latin America.

Former Vice President Dan Quayle served as an Invited Interim Professor by the Thunderbird School President, Dr. Roy Herberger for two semesters, and Rico was fortunate enough to be one of 16 students selected to attend his class.

*Special note, Rico received an A from the VP for the 2credit elective class. Was it because of Rico’s performance on studies or VP Quayle was afraid of what Mr. Austin might write in the paper?

Hollywood has even had an encounter with Rico. Those who watched Baywatch with the beautiful Pamela Anderson and David Hasselhoff, might recall Rico Austin in a cameo appearance in the episode, “Night of the Dolphin” in 1997, where he played the role of a drug lord on a huge yacht with sexy chicks. He and his graduate classmates watched the aired episode in the “old clock tower hanger” in the TV lounge. He was invited back for another episode by casting director Susie Glickman, but declined due to a conflict with finals at Thunderbird. Rico chose education over stardom; when questioned why, he responded, “No one can ever take your education away. Everything else can come and go and, most likely will.”

Rico also acted in a commercial for the local market in Boise, ID, as a construction worker in This Old House, sponsored by BMC West.

Rico is an avid fisherman and has traveled far and wide to cast his line into many waters; including streams, lakes, ponds, rivers, seas and oceans. He has worked for a few international companies as both a sales manager and a marketing manager. In his spare time he has worked as a land developer and was a licensed Realtor in Arizona. Should you decide to visit Arizona, Rico would be more than happy to show you around his Great State of Arizona through his children’s book, ARIZONA Is Where I Live.

Rico is happily married to a graphic artist from Minnesota. They make their homes in the “Land of the Sun,” Scottsdale, Arizona, and San Carlos, Sonora, Mexico. He and wife Connie enjoy snorkeling, hiking, hanging by their swimming pool and traveling to the different beaches of Mexico while sipping on a cold cerveza or margarita blended with Rico’s favorite TEQUILA.

Rico Austin first began writing seriously as a seventh grader at age 13. He was elected as reporter for the Eager Beaver 4-H Club in Marsing, Idaho, and started submitting weekly articles to the local newspaper. Rico then was elected reporter for the local FFA chapter his freshman and sophomore year, continuing to expand his writing ability. As a freshman, Rico took third place in the Marsing High School essay contest titled American Beef Farmers. He later would later become a professional freelance and feature writer for DAS TOR newspaper at Thunderbird
Global School of Management from 1996 – 1998. Rico also won the first and only writing essay at DAS TOR in March 1997. The essay asked contestants to propose ways for Thunderbird to be improved. Rico used his humor, knowledge of several countries that he had visited and innovation to secure the winning essay.

One of his most serious assignments and pieces of journalism was reporting on the Winterim class 97, “US Foreign Economic Policy” in Washington DC including the opening of the 105th Congress and the Inauguration of the President of the United States – Mr. Bill Clinton.

Rico was selected for the May 19th, 2013 issue to represent Arizona in fellow author, Annette Synder’s popular blog, Fifty Authors from Fifty States, which spotlights writing professionals across the Fifty United States. http://annettesnyder.blogspot.com/2013/05/arizona-i-know-about-grand-canyon.html

He was again chosen to represent his home state of Idaho on March 23, 2014. http://annettesnyder.blogspot.com/2014/03/rico-austins-private-idaho.html

Rico was also chosen from among several hundred writers and bloggers to help compile a booklet with 13 other prominent authors. How to Create Credibility as
a Freelancer – 70 Tips from a Collection of Experts was published in December 2009.

Favorite movie, Gone with the Wind

Ernest Hemingway’s The Old Man and the Sea

Jack London’s Call of the Wild

Rico’s first novel, MY BAD TEQUILA was published in September 11, 2010.

His first children’s book, ARIZONA Is Where I Live was published February 14, 2013. This was the same day as Arizona’s 101st Birthday.

Rico’s autobiography/memoir In the Shadow of ELVIS, Perils of a Ghostwriter was published April 26, 2013.

Son of the KING, an ELVIS paradox unveiled is Rico’s fourth book and is a biography published in February, 2014.

Rico completed his other fifth book (technically, his sixth), which is an extension or addition of his previous marketing guide. Entrepreneur, Realtor & Anyone’s Personal Marketing Guide to Financial Success with 10 Proven Promotions including Blogs and Social Media in June, 2015.

Lucky book number seven is Rico’s latest work as a wordsmith. This mystery is a non-fiction dog story which captures the true, incredible kidnapping of Lucky, a poodle mix and the heart of a Mexican community in the towns of San Carlos, Guaymas, Hermosillo, Obregon & Empalme in trying to get Lucky back home to his owner. Mexico got Lucky was published in 2015.

In May, 2014, Rico joined the Drivers and Racing Crews of the NORRA Mexican 1000 to write a travel /race book to accompany the documentary film that will be screened and made of the Baja race. Rico was invited and chosen by the sponsors of the race and the documentary film maker to write of this adventure of which he is currently working on. Baja Loco, 4 Racing Days and Tequila Nights on the NORRA Mexican 1000 will be ready for publication in 2016.

Next on the list is a self-help book for teenage boys raised by single parents or from broken homes. This book will be a labor of love, in hopes that if by reading this book, it can make a positive and great difference in young men’s lives.

And then, finally a return to My Bad Tequila the sequel, and quite possibly turning it into a trilogy of which his fans are greatly anticipating.

“I have eight simple sentences of which I live by that cover most of my philosophy for and of life; each written by a different author during a different time; all profound.” – Rico Austin

“The harder I work, the luckier I get.”
– Henry Ford

“In order to write about life, first you must live it.”
– Ernest Hemingway

“All that is necessary for the triumph of evil is for good men to do nothing.”
– Edmund Burke

“Every rose has its thorn,”
– Poison with Bret Michaels

“You’ll see the true reflection of me when the tequila bottle is empty.”
– Rico Austin

What is the name of your latest book and what inspired it?
MEXICO got LUCKY, a fan / reader / amigo Jim Kawaguchi had his dog Lucky stolen from him and I was following on the daily blog. Jim asked me to write of his and Lucky’s unfortunate adventure. The true, epic story of how the state of Sonora, Mexico and communities of San Carlos, Guaymas, Hermosillo, Empalme and Obregon came together to help locate Lucky’s captors, free Lucky from harm’s way, and get him back into Jim Kawaguchi’s arms. Mexicans, Americans, Canadians and the Consulate in Hermosillo joined forces in an attempt to solve the greatest mystery of dog theft in Mexico’s history.

Do you have any unusual writing habits?
I love to write late night and into the early hours of morning while sipping Tequila and chasing it with Corona Light cervezas.

What authors, or books have influenced you?
John Steinbeck – East of Eden; Ernest Hemingway – The Old Man and the Sea; J.R. Tolkien – The Hobbit; David Stuart – The Guaymas Chronicles; Jack London – Call of the Wild; Wilson Rawls – Where the Red Fern Grows; E.B. White – Charlotte’s Web;

What are you working on now?
BAJA LOCO, 4 Racing Days and Tequila Nights on the NORRA Mexican 1000; In 2014 I joined in with a Baja Race Team to experience the Baja 1000 and to write about it for those who are unable to ever witness this journey of a lifetime;

What is your best method or website when it comes to promoting your books?
Author’s Page on Amazon.com: https://www.amazon.com/Rico-Austin/e/B004HY01DG/ref=ntt_dp_epwbk_0 Facebook Page for Author Rico Austin: https://www.facebook.com/rico.austin; BarnesandNoble.com: http://www.barnesandnoble.com/s/rico+austin?_requestid=723784 Personal Blog: http://blog.mybadtequila.com

Do you have any advice for new authors?
Write, write & write some more; Read, read & write some more; Write about what you know and what you enjoy, it will come through in your writing; Don’t write something because you believe a lot of people would want to read about the subject. Write what You love!

What is the best advice you have ever heard?
Do Unto Others as You Would Have Them Do Unto You; In order to write about life, first you must live it; The Harder I Work, the Luckier I Get;

What’s next for you as a writer?
Screenplays of a couple of my books and I have an idea for a sitcom; My Bad Tequila eventually as a Sequel and possibly a Trilogy;

If you were going to be stranded on a desert island and allowed to take 3 or 4 books with you what books would you bring?
Holy Bible with Old Testament & New Testament; Atlas Shrugged; War and Peace; East of Eden;