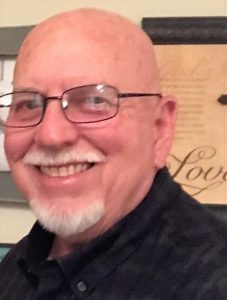 Tell us about yourself and how many books you have written.
I am a retired policeman, and I have published one book, Miracle at Del Norte. I have written 9 Lives of Badge 656-A Policeman’s Memoir and I am writing the second book in the trilogy. I have another book called The Fender, which I am having edited. I wrote my first story when I was in grammar school and it was published in a national magazine, The Saint Anthony Messenger. Later, I became Editor-in-Chief of my high school newspaper, then Sports Editor of my college newspaper. I worked one summer as a cub-reporter for my home town newspaper, the El Monte Herald. I also worked briefly for the Los Angeles Herald Examiner as a reporter. I have a B.S. in Law Degree and a Juris Doctor Degree from SoCal College of Law. Now that I am retired, writing is my daily hobby. I also do oil paintings. I am married with 6 children, 17 grandchildren and one great grandson.

What is the name of your latest book and what inspired it?
My latest book is 9 Lives of Badge 656 – A Policeman’s Memoir. It was inspired by my first 10 years as a street cop in the LAPD.

Do you have any unusual writing habits?
Yes, I have a bad habit of working on 3 or 4 novels at the same time, all different genres.

What authors, or books have influenced you?
Joe Wambaugh, Michael Connelly, and Charles W. Colson.

What are you working on now?
Book 2 in the Trilogy: The Adventures of Super Trick – A Vice Cop’s Memoir. It’s about my time in Hollywood Vice during the time of the Hillside Stranglers in the late 1970s.

What is your best method or website when it comes to promoting your books?
It’s hard to beat running ads on Amazon, Google and Facebook.

Do you have any advice for new authors?
Write, write, write. Edit, edit, edit. And, then write some more. Do that for a minimum of 2 hours a day.

What is the best advice you have ever heard?
Don’t ever give up.

What are you reading now?
L.A. Noir by John Buntin. In a nutshell, it’s about LAPD’s Chief Parker versus the mob’s Mickey Cohen for the city of Los Angeles.

What’s next for you as a writer?
I plan to publish another book in November and another one before my birthday in February. Then turn a murder mystery script I wrote into a novel. It’s a true story and still unsolved after 50 years.