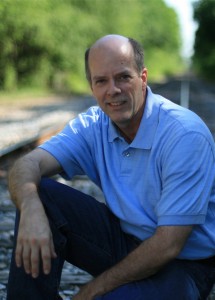 Tell us about yourself and how many books you have written.
I have over 25 years of writing experience for the Christian market. My writing career began, in the 1980s, when I was hired by a Christian publishing company for their book department. Since then, I have worked as a full-time staff writer for two international ministries and was once named Christian Writer of the Year (San Antonio, TX) by the American Christian Writers Association. My credits include writing for Christian radio, television and the Internet. I have contributed to three books and have written numerous magazine and newspaper articles. I am the author of Mystic Dreams and Dusty Roads which was released this year, 2013. I am writing its prequel, Black Mesa Magic which is due to release in 2014.

What is the name of your latest book and what inspired it?
Mystic Dreams and Dusty Roads. I’ve always enjoyed the movie, Fried Green Tomatoes, so I wanted a strong female for my main character. The challenge was to write from a female perspective — however, not only from a female perspective, but from a child female perspective. After I got the basic idea for the plot, the characters and story began to flow effortlessly. Many books have been written about the Dust Bowl years of Oklahoma. But few have been written from a child’s perspective and from those who chose to stay and endure one of the most devastating periods in American history. This story is about loss and life, tragedy and triumph, sorrow and strength. Even though I call it a fictionalized memoir, many of the emotions and events are all too familiar to a lot of us. I hope my main character, Peep, inspires others to believe that good things truly can come from whatever hardships, failures and disappointments come their way. I wrote the story for three reasons. I wanted to show others that: 1) Tragedies happen. Tragedies may disrupt our lives, but we don’t have to allow them to destroy our lives; 2) All is not lost. When facing a difficult situation, cling to the hope that we are created for something far greater than any negative thing that we may be experiencing. 3) Friends are important. They help us get through tough times.

Do you have any unusual writing habits?
I never outline my novels or articles. If writing a book, I allow the characters to dictate the story, their conversations and behavior. For either a book or an article, most the time I only have a title, a beginning and a probable ending. Most authors/writers are probably cringing right now, but that’s how I write. I may have somewhat of an idea in my head of how I’m going to get from point A to point B, but it’s not concrete.

What authors, or books have influenced you?
I love all book genres, so I’m not restricted to any particular one or any one author who may have influenced me. Since my strength lies in Christian writing, I like a lot of Pastor Max Lucado’s work and Christian novelist Frank Peretti.

What are you working on now?
I’m working on a prequel to my debut novel Mystic Dreams and Dusty Roads. The prequel is called, Black Mesa Magic. Most of my readers wanted to know more about the love relationship between Peep Holler’s dad, George, and Peep’s best friend’s mother, Savannah Bluecoat (Palmer). Twelve-year-old Peep Holler is my main character in Mystic Dreams and Dusty Roads, and her best friend’s name is Jodi. George and Savannah grew up in the same area where my debut novel’s story takes place. Here’s the summary/back cover copy:

The Black Mesa, in northwestern Oklahoma, is an enchanting backdrop to Savannah J. Palmer’s quest for true love. Before she is Jodi’s mom and Peep Holler’s object of distrust in Mystic Dreams and Dusty Roads, Savannah spends her childhood among the fields and rock formations of the Oklahoma Panhandle. Her best friend, a young George Holler, joins her, and the two of them grow close. At seventeen, Savannah’s feelings for George deepen, and she thinks their friendship can become much more. Unfortunately, a series of unexpected events interrupts her quest…leaving a trail of unanswered questions behind her.

In the midst of her confusion and chaos, Savannah meets a handsome stranger who ignites her passions and gives her hope of a match made in heaven. He helps her to see life from a different perspective, but not before his mysterious past catches up to him.

Will Savannah’s hopes and dreams of love become reality? Or will they be dashed by a disaster that descends upon her − like a fury − from the depths of hell? ©2013 Robert Valleau

What is your best method or website when it comes to promoting your books?
I would have to say Amazon.

Do you have any advice for new authors?
Yes, two words: persistence and patience. Be persistent in the pursuit of your passion and patience will be the key to unlocking your potential.

What is the best advice you have ever heard?
Keep on keeping on. In other words, don’t quit. Don’t give up. Keep on knocking. Keep on asking. Keep on seeking. Above all, keep on writing.

What are you reading now?

What’s next for you as a writer?
Completing the prequel to my debut novel. Plus, I have ideas for three other books.

What is your favorite book of all time?
The Bible, of course.