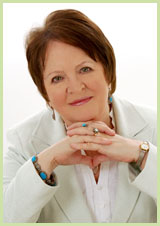 Tell us about yourself and how many books you have written.
Five of my Traditional Historical novels have been published and I have submitted Tuesday’s Child, a follow on novel from Monday’s Child to my publisher, MuseItUp Publishing. I am now revising a mediaeval novel set in the reign of Edward II of England.

I set novels in the reign of Queen Anne Stuart, niece of Charles II, who ruled from 1702 to 1714, and in the ever-popular regency era and the 14th century.

I believe there is a gigantic canvas for a historical novelist to choose from. I chose the early 18th century, the early 19th century and the 14th century because each of these periods because each of them affected the course of history. If the Duke of Marlborough had not won The War of Spanish Succession and The Duke of Wellington had not defeated Napoleon at The Battle of Waterloo the history of Britain and that of Europe would have been very different, and would also had far-reaching consequences for the rest of the world. If Edward II had won the Battle of Bannockburn, Robert the Bruce would have probably been killed. It is feasible that the king would have conquered Scotland and, perhaps, as it is claimed, he would not have been murdered.
The more I read about my chosen era the more fascinated I become and the more aware I am of the gulf between those periods of history and my own. I believe those who lived in the past shared the same emotions as we do but their attitudes and way of life were in many ways quite different to ours. One of the most striking examples is the position of women and children in society in bygone ages.

I present women who are of their time, not women dressed in costume who behave like 21st century women. Of course, it is almost impossible to completely understand our ancestors but through extensive research I ensure my characters observe the social etiquette of their life and times in order not to become outcasts from society.

Research of my chosen eras spark my imagination. The seeds of my novels are sown. From them sprout the characters and events which will shape their lives.

While working in a travel agency, I met my Hindu husband. He encouraged me to continue my education at Westminster College. In 1961 I and my husband, now a barrister, moved to his birthplace, Kenya, where she lived from 1961 until 1982. After an attempted coup d’état, with four of my children I lived in an ashram in France.

Back in England, I wrote historical fiction and joined the Romantic Novelists’ Association, Historical Novel Society and Watford Writers.

Apart from writing, I enjoy classical Indian literature, reading, visiting places of historical interest, vegetarian cooking, growing organic fruit, herbs and vegetables and creative crafts.
My bookshelves are so crammed with historical non-fiction which I use to research my novels that if I buy a new book I have to consider getting rid of one.

Time spent with my five children and their families most of whom live near me is precious.

What is the name of your latest book and what inspired it?
My latest novel, The Captain and The Countess, was inspired by the position of 18th century women when, apart from widows, short of murder, men had absolute power over them and marriage was a lottery.

Do you have any unusual writing habits?
I can’t begin writing a novel until I know the main characters as well as, if not better than members of my family. I fill in detailed character profiles with details such as their favourite music, perfume, eccentricities and much more.

What authors, or books have influenced you?
Like many other authors who write historical regency romance I read and enjoyed Georgette Heyer’s novels and still re-visit them from time to time. Today, one of my favourite authors is Elizabeth Chadwick who brings the mediaeval world of her protagonists, real and imaginary to life.

What are you working on now?
I am writing the first of a trilogy set in the reign of Edward IInd of England. Book One, in which an Anglo Saxon family, who once owned Cassio Estate given to a Norman family after William won the Battle of Hastings, find a way to take revenge.

At the same time I am planning Tuesday’s Child, a sequel to my Regency Romances, Sunday’s Child and Monday’s Child.

What is your best method or website when it comes to promoting your books?
I am active on Facebook, plus google and http://rosemarymorris.blogspot.com.

On my website visitors can read the first three chapters of False Pretences, Sunday’s Child, Tangled Love, Far Beyond Rubies and the Captain and The Countess, see the book covers and view the book trailers.

Do you have any advice for new authors?
Some years ago I thought I would never be published and nearly gave up writing. However, I persevered and am now proud to be a published author.

What is the best advice you have ever heard?
It’s a cliché, but I took my late mother’s advice to follow my dream.

What are you reading now?
Edward II by Katherine Warner.

What’s next for you as a writer?
To finish revising Book One of The Cassio Trilogy and to write Tuesday’s Child while thinking about the next follow on novel, Wedenesday’s Child.

If you were going to be stranded on a desert island and allowed to take 3 or 4 books with you what books would you bring?
The Bhagavadgita As It Is by A.C.Bhaktivedanta Swami Prabhupada, The Mahabharat and The Ramayan, which rival the Greek Classics and, maybe, The Far Pavillions or Gone With the Wind.