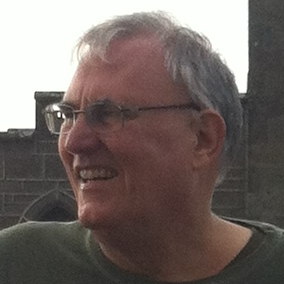 Tell us about yourself and how many books you have written.
I was born and grew up in California’s San Joaquin Valley and have also lived in France, Chile and for many years in and around Seattle, Washington. I currently find myself in the West of Ireland where I write one of the internet’s longest running film blogs. My first novel was the coming-of-age story Maximilian and Carlotta Are Dead. My second book is a fantasy adventure called The Three Towers of Afranor.

What is the name of your latest book and what inspired it?
The Three Towers of Afranor is a fantasy adventure. The story was originally conceived many years ago when I was a high school student and was originally written in Spanish. I submitted it as a class assignment at a time when my brain was fired up from reading J.R.R. Tolkien and Marvel comic books. Later, in a simplified form, it became a bedtime story for my daughter. Years later, at her suggestion , I reworked it into a novel-length adventure. Its story of a quest amid medieval castles and towers was further inspired by my years of living in the West of Ireland.

Do you have any unusual writing habits?
None of my habits would be that unusual. I do all my writing with a plain text editor and do my formatting with HTML tags. Maybe every author doesn’t do that.

What authors, or books have influenced you?
My first book was definitely influenced by Mark Twain since it involves a journey by two runaways who learn something about themselves and the world around them in the process. There would also be a bit of Hemingway in there. As for my second book, J.R.R. Tolkien would definitely be the main influence, although there is a bit of the spirit of the comic books by Stan Lee and Jack Kirby that I devoured as a kid. There are also a few gothic touches that I would owe to the writers who worked for TV producer Dan Curtis, whose 1960s TV show Dark Shadows mesmerized me as a kid.

What are you working on now?
I am writing a follow-up to my first book, Maximilian and Carlotta Are Dead. It follows the progress of that book’s main character, Dallas Green, a decade later. He is haunted by the two close friends who are no longer in his life, and he is trying to connect in the world where he now finds himself. And once again his travels lead him into an adventure that has him in over his head.

Do you have any advice for new authors?
If you want to write, then write. And keep writing. The more writing you do, the better you will get and the more you will have to offer. Also, find people to read what you write and give you feedback, and then listen to them. Ultimately, you will have to decide if you want to do all the extra (non-writing) work that goes with self-publishing or whether you will want to go through the daunting process of submitting your work over and over to agents and publishers.

What is the best advice you have ever heard?
My father told me that I would always be better off working at something I really liked rather than at a line of work where I thought I could make the most money. That advice has certainly worked out well for me.

What are you reading now?
I am reading a Danish friend’s novel. It was published in Denmark and now I am giving him feedback on his own English translation of it. It is sort of a noir thriller.

What’s next for you as a writer?
People keep wanting sequels to books that I thought were one-offs. So I am working on a sequel to Maximilian and Carlotta Are Dead to be followed by a sequel to The Three Towers of Afranor. I also mean to finish my epic multi-plot-threaded novel about what it was like to live and work in the Seattle high tech industry in the 1980s.

If you were going to be stranded on a desert island and allowed to take 3 or 4 books with you what books would you bring?
I would have to cheat and bring some Delphi “Complete Works of” volumes. At this point I think I would be collections of H.P. Lovecraft’s writings and maybe Ian Fleming’s 007 series. If I am restricted to single tomes, then I might bring Garcia Marquez’s One Hundred Years of Solitude, Dumas’s The Three Musketeers and maybe Emily Brontë’s Wuthering Heights and Dickens’s A Tale of Two Cities.