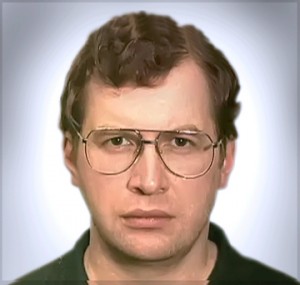 Tell us about yourself and how many books you have written.
I was born in Moscow, Russia on the 11th of August, 1955. I graduated School # 35 and Serov VA Art school # 1 at the same time, a multiple winner of Olympiads in physics and mathematics.
I created a perfectly legal multi-level marketing program, details of which are readily available to google. I was falsely imprisoned and while serving a fabricated sentence in prison, I conceived the concept of evil temptations besetting humans and their susceptibility to accepting deeply held desires being fulfilled. It was at that time I created the series, The Temptation Chronicles.

What is the name of your latest book and what inspired it?
My current book released was Lucifer’s Son, The Temptation Chronicles, Book 1 – first in a series. The book was written in Russian and rapidly became a best seller. The book was generated as a result of observing the greed and evil that is buried deep in the soul of many, and the extent to which they would go to attain those desires.
Translated into English and published by Argus Book Publishers, Lucifer’s Son is becoming the hot seller of 2016. Other volumes will be released in 2016 and 2017.

Do you have any unusual writing habits?
Unusual in that I write in Russian, but have an excellent translator on staff. I write when and if inspired, but once I start I find the words flow easily and it’s most difficult to stop.

What authors, or books have influenced you?
Most books are not available in Russian, and I have difficulty reading in English. None the less, great fiction horror writers such as Stephen King and Dean Koontz have had an influence on my writing, as has Bram Stoker, a fellow country man well known for his eerie writings.

What are you working on now?
The Temptation Chronicles, Book 2 – yet to be titled – will be released by Argus Book Publishers in late Spring or early Summer of 2016. The book is complete and is currently undergoing translation. The third in the series will be released late 2016 or early 2017. It is contemplated that the series will contain 6 volumes. Whether the number is significant is up to your imagination.

What is your best method or website when it comes to promoting your books?
Releasing the book in both print and eBook has attracted attention. Social media is most helpful, as are sites such as this one spreads the word and the more the people see and hear about the book, the more productive.

Do you have any advice for new authors?
Write what you know and if you don’t know, then either research or leave it out. Details are important.

What is the best advice you have ever heard?
You can’t get what you want if you don’t first know what you want and then go after it.

What are you reading now?
Watchers by Dean Koontz – recently published in Russian.

What’s next for you as a writer?
Completing the series, The Temptation Chronicles, and then possibly a non-fiction about the life of a Russian inmate.

If you were going to be stranded on a desert island and allowed to take 3 or 4 books with you what books would you bring?
Anything by Stephen King or Dean Koontz and possibly a western or two by Zane Gray (old time western writer of the early twentieth century.