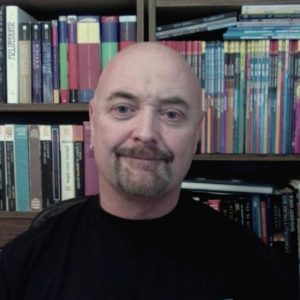 Tell us about yourself and how many books you have written.
I’m the author of The Alchemist’s Portrait, The Sorcerer’s Letterbox, The Clone Conspiracy, The Emerald Curse, The Heretic’s Tomb, The Doomsday Mask, The Time Camera, The Sphere of Septimus, Flashback, Future Imperfect, Twisted Fate, Parallel Destiny, the Shadowzone series, and the Stone of the Seer series. I’m also the author of The Children’s Writer’s Guide, The Time Traveler’s Guide, The Working Writer’s Guide, The Social Media Writer’s Guide, a contributor to The Complete Guide to Writing Science Fiction and have written many non-fiction books with Crabtree Publishing, Beech Street Books, Weigl Publishers, and Capstone.

I offer a number of services for writers, including editing, coaching, mentoring, consulting, manuscript evaluation, and writing workshops. I’ve provided substantive and copy editing services for many other writers over the years. This has been for novels, short stories, fiction, nonfiction, biographies, inspirational books, and many other genres. I also offer copywriting services for business, including website and social media content. Full details can be found on my website at simon-rose.com. I’m the founder of Children’s Authors and Illustrators on Facebook, served as the Writer-in Residence with the Canadian Authors Association, am a member of the Calgary Association of Freelance Editors, and served as the Assistant Regional Advisor for SCBWI Western Canada.

I offer a wide variety of presentations, workshops, and author in residence programs for schools, along with virtual author visits. I’m an instructor for adults with the University of Calgary and offer a variety of workshops and writing courses for both children and adults.

What is the name of your latest book and what inspired it?
The Stone of the Seer is an exciting historical fantasy series of adventure novels for young adults, primarily set in the turbulent period of the English Civil War.

The Stone of the Seer, book one in the series, features the Vikings, Leonardo da Vinci, and the political turmoil of the 1640s. At Habingdon House, Lady Elizabeth Usborne, Kate, and Tom encounter a magical black stone, mysterious ancient manuscripts, and the incredible time viewing device known as the tempus inpectoris, all while under constant threat from the murderous witchfinder, Daniel Tombes.

The other novels in the series are Royal Blood and Revenge of the Witchfinder, which will be published in the coming months.

Do you have any unusual writing habits?
I’m not sure if I’d call it unusual, but I do sometimes spend time in my local coffee shops with a pen and paper, usually working out any issues with a story, finalizing a specific chapter, working on a novel outline, and so on. Sometimes it’s just good to get away from the computer and get out, plus it usually helps me to make progress with a project.

What authors, or books have influenced you?
It’s probably easier to tell a story of how I first became interested in being an author. When my children were small, I started reading children’s books again for the first time in many years. Some of the books were wonderful and I wished that I could write something similar. However, some of the books were very poor and I was surprised that they’d ever been published. This made me wonder if I could write stories of my own. I started thinking that I should write fairy tales and picture books for younger children, but after reading the first three Harry Potter novels, I realized that I wanted to write for the age group that those books are aimed at. I wasn’t interested in writing about the same things, such as magic, wizards, and imaginary creatures, and instead focused on themes that I was interested in, such as science fiction, fantasy, time travel, history, comic books, ancient mysteries and civilizations, superheroes, other dimensions, and the paranormal. The novels that have been subsequently published have mostly been in these genres.

What are you working on now?
I always have a current project or two and right now I’m writing another historical fantasy novel series set in World War II. I’m also working on sequels to the Flashback series of paranormal novels, which includes Flashback, Twisted Fate, and Parallel Destiny, which you can learn more about on my website at simon-rose.com. In addition, I’m working on screenplay adaptations of the Shadowzone series and have also completed a number of picture books for younger readers, which I hope will be published soon.

What is your best method or website when it comes to promoting your books?
Presentations and author-in-residence programs at schools used to be a great way to promote books, as did some of the writing conferences and trade shows at which I used to appear. The pandemic had a considerable impact on in-person promotion, but hopefully we’ll be able to get back to that at some point.

I’ve used a variety of online methods for marketing and promotion over the years and have found Awesome Gang and its affiliated sites to be very effective, especially when a book is first published. I use social media as well, such as Facebook, Twitter, and Instagram, but the effectiveness of these sites varies.

Do you have any advice for new authors?
Some new authors prefer not to listen to advice regarding their story, such as suggestions about possible improvements or how to fix both major and minor issues with the plot. This might happen even when something isn’t clear or perhaps doesn’t make sense. Of course, they don’t have to make changes they don’t agree with, but should at least consider them. Some new authors, particularly if they self-publish, also often don’t do enough editing and checking of their work before they make their book available to readers. Yes, it’s a lot of work, but it’s also one of the most important aspects of the writing process. I’d also advise authors to always keep their ideas, even the little ones, since you never know when they might turn into something later. Some of my most recent novels were based on ideas I had when I first became an author. They just took longer to develop, so be sure to hang on to those ideas.

What is the best advice you have ever heard?
I don’t think I could pinpoint one piece of advice specifically. There have been numerous examples over the years, many of which I only realized later in life represented truly excellent advice.

What are you reading now?
Nothing specific right now, since I’ve been very busy on my own projects or working with other authors for quite a while now. Hopefully, I’ll have time to read some science fiction, fantasy, nonfiction, or history books in the near future.

What’s next for you as a writer?
As I mentioned, I’m currently working on a historical fantasy novel series set in the early years of World War II. I’m also working on further adventures of the characters in my Flashback series of paranormal novels. I also hope to continue working with other authors in all genres on a wide range of projects, as a coach, mentor, and editor.

If you were going to be stranded on a desert island and allowed to take 3 or 4 books with you what books would you bring?
I guess it would depend on how long I was going to be stranded there, but they’d probably be books in the historical, fantasy, or science fiction genres. However, I think some books featuring tips and advice on the best ways to survive on a desert island until being rescued might be the ideal choice.