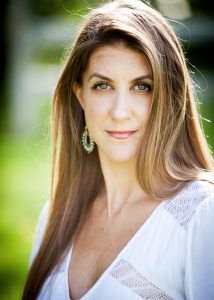 Tell us about yourself and how many books you have written.
Stephanie Alexander is the bestselling author of The Cracked Slipper Series and Charleston Green. She grew up in the suburbs of Washington, DC. Drawing, writing stories, and harassing her parents for a pony consumed much of her childhood. After graduating from high school in 1995 she earned a Bachelor of Arts in Communications from the College of Charleston, South Carolina. She returned to Washington, DC, where she followed a long-time fascination with sociopolitical structures and women’s issues to a Master of Arts in Sociology from the American University. She spent several years as a Policy Associate at the International Center for Research on Women (ICRW), a think-tank focused on women’s health and economic advancement.

Stephanie embraced full-time motherhood after the birth of the first of her three children in 2003. Her family put down permanent southern roots in Charleston in 2011. She published her first novel, The Cracked Slipper, in February 2012. The first printing of the series sold over 40,000 copies. Her latest novel, Charleston Green, was an immediate Amazon bestseller in Southern fiction and has been called “an enchanting novel of a woman finding her way out of a midlife (and mid-death) crisis.” – Kirkus Reviews

In addition to her personal writing, Stephanie returned to the College of Charleston as an Adjunct Professor of Sociology and launched her freelance ghostwriting and editing business, Wordarcher, LLC. Beginning in the Fall of 2015, as a single working mother, she attended law school on a full academic scholarship, earning her juris doctor with honors from the Charleston School of Law in December, 2017.

She currently practices family law in Mount Pleasant, South Carolina, the Charleston suburb that is the setting of Charleston Green. Her personal experience rebuilding her life after divorce inspires both her legal work and her fiction. Stephanie and her husband live in the Charleston area with their blended family of five children and their two miniature dachshunds, Trinket and Tipsy.

What is the name of your latest book and what inspired it?
Charleston Green is Stephanie Alexander’s latest book. Her personal experience rebuilding her life after divorce, as well as her experience as a family court attorney, inspired this story of a woman who moves into a house that is haunted by the ghosts of an unhappily married couple, and must solve the mystery surrounding their death while she recovers from her own devastating divorce. It’s a story about letting go of the past, starting over, and finding yourself after personal tragedy.

Do you have any unusual writing habits?
Stephanie has to have her hair pulled back when she writes, and she can only write in Times New Roman 12-point double spaced font!

What authors, or books have influenced you?
Stephanie’s favorite book of all time is Angela’s Ashes by Frank McCourt, which is actually a memoir and not a novel, but has the most powerful and unique voice of any book she’s ever read. Some of her favorite authors are Stephen King, Jane Austen, Philip Pullman, Margaret Atwood, Philippa Gregory, John Irving, and Pat Conroy.

What are you working on now?
Stephanie is working on a sequel to Charleston Green, as she’s already had many readers ask for one!

What is your best method or website when it comes to promoting your books?
The Instagram blogging community (bookstagram) is hugely supportive of authors, although it can take some work to get attention from the big book bloggers. Stephanie is on Instagram at @stephaniealexanderbooks.com.

Do you have any advice for new authors?
Study the craft through writing books. Find critique partner who will be constructive but tell you the difficult things you don’t want to hear. Get a thick skin, because rejection and criticism are part of this business!

What is the best advice you have ever heard?
Not everyone will like your books, and that’s okay. Books are subjective. Still, be willing to listen to constructive criticism about plot, character, voice, etc. It’s one thing if someone just isn’t crazy about your story because it’s not that person’s cup of tea; it’s another thing if you get feedback from someone you trust that the pacing is slow or the characters are flat.

What are you reading now?
Chosen Ones by Veronica Roth

If you were going to be stranded on a desert island and allowed to take 3 or 4 books with you what books would you bring?
Angela’s Ashes by Frank McCourt
The Dark Tower Series by Stephen King
The Handmaid’s Tale by Margaret Atwood
Pride and Prejudice by Jane Austen