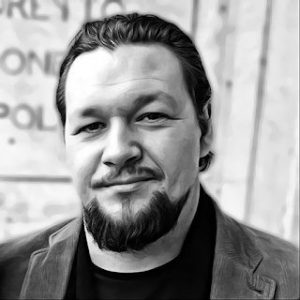 Tell us about yourself and how many books you have written.
I’m a poet, writer, and the author of White Knuckle. My poems and short stories have featured in magazines and anthologies around the world. In 2018, I graduated from Teesside University with an MA in Creative Writing. I was born in England, but I now live and write out of an apartment in Barcelona.

Aside from The Black Poems (a limited edition chapbook), which you can find in selected bookshops in London, Manchester, Madrid, Warsaw, Rome, Florence, Pisa, and Paris, White Knuckle is the only book I have available at the moment.

What is the name of your latest book and what inspired it?
My latest book is titled White Knuckle. It’s also my debut poetry collection, released last year.

It’s inspired by a severe childhood experience. An autobiographical report on the reality of life in a poverty-stricken, drug and violence-fuelled environment. It’s a gut-wrenching composition of grief, loss, and abandonment at an early age.

Overall, it features fifty-one poems and a letter to my younger self. Here’s a short sample poem from the collection:

Wandering the deserted streets at dawn
with dirty skin, no food for three days.

Elbow stinging from a weeping knife wound,
I retire under the railway bridge.

School report card tucked inside my pocket,
it says I must try harder.

If I’m in a professional mood, I’ll get up early, make coffee, and write or edit until Gosia (my wife) returns home from work.

Having said that, I’m convinced I do my best writing from midnight onwards when the world’s sleeping. I light up a cigar (Macanudo), pour a double whisky (Suntory Toki), and play some music (Max Richter or Chopin). That seems to bring the muse bounding from his cave.

What authors, or books have influenced you?
Stylistically, I would say minimalist authors such as Raymond Carver and Ernest Hemingway. I admire the concise structure of their writing style. And as modern attention spans continue to decline, I think authors must adapt to the times to keep the reader interested.

Bookwise, I suppose every book I’ve ever read has had some kind of influence on me.

What are you working on now?
At the moment, I’m working on a second collection of poetry. However, it’s still in the early stages, so I can’t say much about it.

What is your best method or website when it comes to promoting your books?
Word of mouth and social media seems to work best for me. In particular, Facebook and Goodreads.

Do you have any advice for new authors?
Study the craft.

Start by reading books on writing. Here are some recommendations: The Courage to Write by Ralph Keyes, Bird by Bird by Anne Lamott, The Art of Fiction by David Lodge, The Elements of Style by Strunk & White, and Self-Editing for Fiction Writers by Renni Browne & Dave King.

What is the best advice you have ever heard?
For writing: “Get in, get out. Don’t linger. Go on.” — Raymond Carver.

For life: “It’s not what happens to you, but how you react to it that matters.” — Epictetus.

What are you reading now?
I’m currently re-reading The Selected Writings of Guillaume Apollinaire. Next, I’ll be reading The Trial by Franz Kafka after enjoying the film adaptation by Orson Welles.

What’s next for you as a writer?
If all goes well, I’ll have a second poetry collection out next year. From there, who knows?

If you were going to be stranded on a desert island and allowed to take 3 or 4 books with you what books would you bring?
Only four books? Thank heavens this is a hypothetical question.

Here goes, in no particular order: Don Quixote by Miguel de Cervantes, The Divine Comedy by Dante Alighieri (Flame Tree Publishing edition with the Gustave Doré illustrations), Where I’m Calling From by Raymond Carver, and The Collected Stories of Ernest Hemingway.