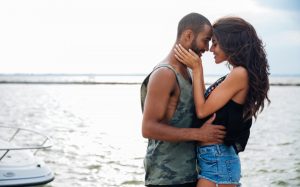 About The Hardest Way Out Of Love

Karl Parker was living with Carlene Royal when he had a bust-up with Syd Daniels over another of his women, Debra Menzies. Both women have now left him. Debra is trying to repair her broken relationship with her live-in lover, Simon. Carlene is tired of sharing him with other women. Dean Morgan was another of Debra’s lovers. He and his multi-millionaire wife, Merris, are at odds over her. Debra cursed off Merris and told her that she was the one taking care of him when she was convalescing after giving birth to her two babies. Debra finally leaves Dean. But he finds another woman, in the beautiful and alluring Tanya Dixon. Merris soon has a detective following them around. Meanwhile Karl Parker has been through a string of women since leaving Carlene. He is now going around with two women, Sally and Roxanne. Sally is adamant that she will not share him with another woman. She is now sleeping with Karl, but he refuses to get rid of Roxanne. Debra’s efforts to reconcile with Simon, have failed. She has now found a new lover, but is she still vulnerable and Dean and Karl have started calling her again.

Author Bio:
Austin Mitchell has written more than eighty short stories. He has also written several plays, poems and
novels. He has attended several writing workshops. Several of his short stories have been published in
newspapers in Jamaica.