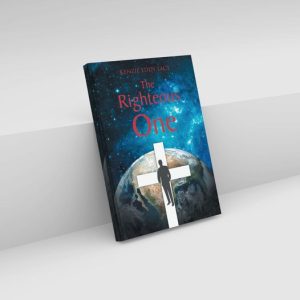 About The Righteous One

The skies have darkened, accompanied by fierce lightning. Earth’s realm has been penetrated by unholy demonic creatures, only to be confronted by a young charismatic preacher gifted with inherited supernatural powers.

Author Bio:
Kenzie Eddy Lacy is an African American writer from Houston, Texas, that has been intrigued by the genre of science fiction for many years.

He was first introduced to the world of comic books by his older brother and has been an avid reader of the genre ever since.

Working over thirty years for the local utility gas company in Houston required Kenzie to spend most of his workday outdoors. Being outdoors allowed his imagination to run wild about the unseen world around him, and because of his creative mind, he also often thought about the possibility of time travel, extraterrestrial life, and parallel universes.

Kenzie’s obsession finally moved him to write books about the genre of science fiction that he fell in love with as a kid.