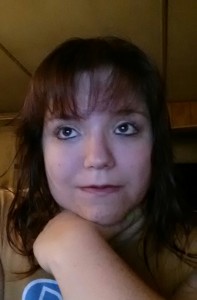 Tell us about yourself and how many books you have written.
I am a college student finishing up her Bachelors in International Relations and stay at home mom. I live in Michigan with my husband, son and other assorted “kids”. If I’m not writing I’m either reading, getting random ideas from like Pinterest or gaming either on my desktop or at the table during our game nights. I started down the self publishing path when I discovered that it was now cost efficient with a small of a budget as I work with usually to put out the story I wanted to tell and not get years, if I wasn’t lucky, of rejection letters.

I just released my debut novel which is the first book in my fantasy series, Birthright Secrets called Vengeance of Segennya.

What is the name of your latest book and what inspired it?
As I mentioned my latest and first book is Vengeance of Segennya. As far as what inspired it was out of a conversation between my then boyfriend and I were having discussing a different story I was working on for possible publication. The exact moment or what it was that was the actual inspiration is sadly lost to memory since that conversation was now over seven years ago. After that I grabbed a spare notebook I had in my backseat of my car, started writing gave it to him and he fell in love with it which meant a lot because he really needs to love a book to really read it. I would have to also say though my love of fantasy books also played a big role in the book as well.

Do you have any unusual writing habits?
I might be unusual since I typical skirt what I guess is are the two main schools of novel writing of doing an outline or just plotting. I try not to outline too much, at any given point I will just outline just the major points only that are happening to make sure I reach them when I should. Other than that though I really prefer plotting because you go so many interesting places that you might not have thought of.

Another unusual habit I suppose I have is that I cannot write when the room is absolute silence, doesn’t matter what it is I need background noise. This also might be a side effect of having a toddler running around most of the time so this might not be that unusual though it definitely is different than the typical writing advice.

What authors, or books have influenced you?
I would have to say any books or authors I’ve read in recent years. While I know there’s more than this I would say the largest number of books I’ve read are from like authors like Brandon Sanderson, Anne Bishop and I have to add the Harry Potter books.

What are you working on now?
I’m working on a novella that is set in the Birthright Secrets universe and bridges partly the time between what happens in Vengeance and its sequel. Its currently called Kakri and will hopefully be finished and ready to go in the next few months. I’m also working on the sequel to Vengeance of Segennya which is currently called Darkness’s Fury that will hopefully be out late summer or early fall 2014.

What is your best method or website when it comes to promoting your books?
It is really a tie between my personal blog since I’m always getting some feedback and growing my audience on it and my Facebook page. The Facebook page would probably would be the best if not for the lack of reach it has at times but by far has the best means of direct interaction since its easy to quick get on the page to do a short announcement or question. That being said I love the depth I can get on my blog since on Facebook I feel I should be a lot shorter overall because no one wants to read a wall of text on their timelines about once a day if I’m updating a lot.

Do you have any advice for new authors?
It cannot be stressed enough to simply not give up because there are times you will doubt yourself and want to just toss everything to the back of a closet and forget it. You have to silence that voice for the most part though in certain situations sometimes that doubt can help you make a better story but for the most part let it be and ignore it.

Secondly, I would stress the importance especially if you’re publishing of not thinking of what will sell but to write what you love to tell the best story you can. That comes later worrying about that but if you’re writing to the masses writing the story will become more of a chore and headache than enjoyable.

What is the best advice you have ever heard?
So much advice heard over the years, good and bad. At the moment what stands out to me is that old saying about the road less traveled being the best, or whichever version you chose. To me the well worn and used path is the more secure one yes, but is it as fun? So yeah it is an amazing idea to take that off path that no one really uses, though yes one can argue that the self publishing route is become more crowded just as much as traditional. You will stumble over a root or two at times but you have to pick yourself up and keep going to see where the path leads.

What are you reading now?
I’ve been reading a bit of a George R. R. Martin, Song of Ice and Fire and just finished a Dance with Dragons. I’ve been re-reading older books I have like from Anne Bishop because really if I don’t I would go broke since I read that fast and often. I’ve also have been working on finishing The Name of the Wind by Patrick Rothfuss.

What’s next for you as a writer?
As I said above I have two books planned for a 2014 release. I have a lot of ideas that go in the current year possibly being started but are more than likely to be seen in 2015. Admittedly most of these are in the Birthright Secrets universe but I have some that are outside but need more fine tuning before much happens with them.

If you were going to be stranded on a desert island and allowed to take 3 or 4 books with you what books would you bring?
It was enjoyable but I’m going to say Dance with Dragons for length as well for number one since that took even me quite a while to get through. Warbreaker by Brandon Sanderson is my second choice, A Hundred Thousand Kingdoms by N. K. Jemisin is my third choice, and for my last choice I can’t decide which Black Jewels book by Anne Bishop since as I mentioned I tend to re-read them a lot.