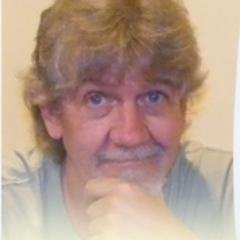 Tell us about yourself and how many books you have written.
A trick question right off the bat! Ha! As of this interview, I have written and published 2 novels and one military history book, with another novel scheduled. However, I wrote another (unpublished) novel 30 years ago, so technically I have written 5 books, not 4.

What is the name of your latest book and what inspired it?
The forthcoming novel is titled Standing In The Storm. It’s a direct sequel to my first science fiction thriller, Standing The Fina Watch. I have a strong passion that each of us must stand up to defend not only our nation, but citizens who cannot defend themselves. If you need help, ask. If you are able to help, give. Since I’m dealing in military SF, the heroes of this second book are both women warriors because the obligation to our fellow humans is not dependent on gender.

Do you have any unusual writing habits?
I write much better listening to hard rock and roll, usually my favorite band, Status Quo. Almost every word of the first two books in my Last Brigade saga was written with Quo playing in the background.

What authors, or books have influenced you?
Wow, there’s a lot of them. Robert A. Heinlein, Roger Zelazny and Robert E. Howard are the big three. All are very direct style writers. Howard wrote the way he wanted to write, broke almost every “rule” and invented a whole new sub-genre of fantasy. Fritz Lieber was a genius at writing a buddy series, Fafhrd and the Gray Mouser. Karl Ewward Wagner’s Kane series is unforgettable. As a stylist, William Manchester was brilliant. As a businessman writer, Lawrence Block stands above most others. And who can’t be influenced by Elmore Leonard?

What are you working on now?
A lot!
Book 3 of The Last Brigade, working title Standing At The End.
A NF comparison book titled We Are Rome.
A Civil War history book.
Bloody Roads West, the German Defense of Vienna, 1945

What is your best method or website when it comes to promoting your books?
Postcards. I hand out promo postcards everywhere I go. Seriously, hundreds of them.

What is the best advice you have ever heard?
Listen to the experts, but trust your own instincts.

What are you reading now?
The Last Panzer by Wolfgang Faust.

What’s next for you as a writer?
Audiobooks. I want to try my hand at narration.

If you were going to be stranded on a desert island and allowed to take 3 or 4 books with you what books would you bring?
Churchill’s History of the English Speaking Peoples. Tolkien’s Lord of the Rings. Robert Heinlein’s The Past Through Tomorrow.