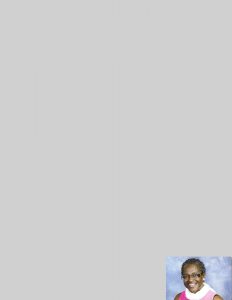 Tell us about yourself and how many books you have written.
I have written and published a total of seven books.
Yvette Carmon Davis – BIO for publications

Born in 1950, I was carried to church as an infant, and continued at Mt. Olivet Baptist Church in Columbus, Ohio through my twenties. I was involved in many segments of youth ministry such as youth choir, and Sunday school. I was among the youth regularly called upon to participate on youth Sunday, to read scripture, read announcements, and whatever else the Pastor decided.

I sat under the religious and spiritual preaching and teaching of Reverend Dr. H. Beecher Hicks, Sr. at Mt. Olivet. He encouraged me to pursue a master’s degree in religious education. Nevertheless, I pursued neither religion nor education, and attended law school instead.

During law school, I attended Allen Temple A.M.E. Church. Immediately after graduation in 1982, I was appointed Sunday School Superintendent. I kept that position until I returned to Columbus in 1985.

I attended a Church of God (Cleveland, Tennessee) from the passing of my adoptive mother in 1994, until sometime in 1997. At Rosehill Road Church of God (now a campus of Pottershouse COG), I sang in the choir and taught adult Sunday school. I co-hosted a radio ministry program with the senior Pastor Bill King, once a week, at one of Central Ohio’s Christian radio stations, now called The River.

I left that church to attend Victory Temple, aka, Light of the World Worship and Celebration Center. I had begun reading, writing and teaching about the things of God in earnest. By 2003, Pastor Walker decided to ordain me as an evangelist. Much of what I have written on various Scriptural topics has never been published. I have turned many topics into teaching and preaching material.

I attended Light of the World for 15 years, serving on the Elder Board and Board of Trustees, teaching adult Bible study classes, and a specialty class on Christian leadership. About once each year, I was asked to deliver a sermon. During that time, I also preached at the Ohio Women’s Prison at Marysville, Ohio, and did some presenting at various gatherings, including women’s retreats and worship conferences.

I became the statewide coordinator of Ohio National Day of Prayer sometime before I began attending Light of the World. As coordinator, I organized and conducted prayer conferences two or three times each year for 5 years. I organized the annual 4-day, 24-hour per day Bible Reading Marathon at the Franklin County Courthouse (Columbus, Ohio) for several years. And, I organized the state’s observance of the Day of Prayer on the grounds of the Ohio Statehouse, each year for 4 years.

In 2012, in an effort to follow the leading of the Holy Spirit, I began attending Potter’s House Church of God in Columbus, at its main campus. Potter’s House is a diverse church with a congregation of about 2,500. It sponsors many outreach programs including a chaplaincy program, youth sports teams and cheerleading, and an orphanage in Haiti known as Destiny Village. I joined the choir right away, and was given the opportunity to participate during my attendance there.

I has also been involved in various phases of broadcast ministry. At WRFD in Worthington, Ohio, I worked as a part-time board operator and announcer, and produced live talk, call-in radio programs. At that same station, I hosted a pre-recorded talk program for a local ministry, and co-hosted a live talk show called “Purpose for Life.”

I published my first book on the internet in 2009: REAPING, Recession Proof Approach to Gathering Bountiful Harvests. I published it in print in 2010.

I also published another volume of the concept of sowing and reaping entitled REAPING-Harvest Card Edition, sigh a surprise ending. A new volume, Little Book of Harvests Devotional, was published in 2019. It is an effort to publish the harvest card promises that I have discovered, and present them in a format that encourages praise, prayer, worship and hope.

I moved to San Diego, California, in December of 2014. I continue to publish books with Christian themes.

In July of 2019 I was licensed to preach at Bethel AME Church in San Diego, California. I am enjoying my work as clergy-in-training!

What is the name of your latest book and what inspired it?
My latest book is entitled “Little Book of Harvests Devotional.” It’s the first devotional I have written. The devotional is a format that allows for classroom study or individual contemplation on the topic. The book is inspired by my interest in the Biblical ideas of sowing and reaping. It’s not all about money.

Do you have any unusual writing habits?
Ummm. I don’t think it’s unusual to write a while, then play a computer game while thinking, then going back to writing, then choosing a different game, then write, then consult my daily “to do” list…. I guess you’d say I’m an interval writer.

What authors, or books have influenced you?
Science fiction has influenced me the most: Frank Herbert, Isaac Asimov, Ray Bradbury, Harlan Ellison. Each of them has written a story or two (novel, novella, short story) that raises questions about the existence of gods: the Christian God, the middle eastern panoply of gods, alien gods.

What are you working on now?
I am editing volume 5 of Suddenly Free, working with a novella based on the characters in the Suddenly Free universe, and drafting and editing studies on particular topics in the Bible. It is interval writing on steroids.

What is your best method or website when it comes to promoting your books?
My best method is really having a book in my possession. My pic is on the back cover of all but one of my books, so some people buy just because they now know an author. All of my books are sold on Amazon.

Do you have any advice for new authors?
Don’t stop! I am inspired by my personal relationship with God, and an insatiable desire to know everything I can find out about Him and Creation before my demise. Whatever inspires a writer should drive them to keep writing. If you have the drive, you won’t stop. You might get discouraged, slow down or take a break. But don’t stop.

What is the best advice you have ever heard?
There were different ideas at different times in my life. “Be good,” was good for my life until I was two digits old. “Finish what you start,” became the best advice for me in my teens. After that, “Do good.” Now, in the last portion of my life (I am 68 years old), “Do your best,” is the best advice I can follow. What’s better than one’s best?

What are you reading now?
I write so much, that I don’t read a lot. But the theme of my reading is the Bible in the original languages.

What’s next for you as a writer?
Next is, to write the next volume, teaching, or devotional.

If you were going to be stranded on a desert island and allowed to take 3 or 4 books with you what books would you bring?
The Bible. Bible commentaries.