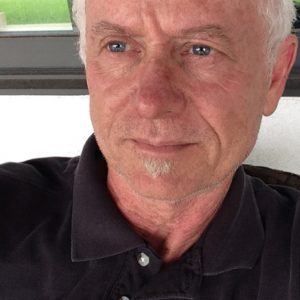 Tell us about yourself and how many books you have written.
When I graduated from La Roche College with a B.S. in Advertising Design, I set out to be the best designer in the world and spent my career immersed in the world of advertising and marketing, creating original ideas for some of the world’s largest brands to some of the world’s smallest brands fighting the disease of mediocrity.

In 2001, that same commitment opened many new doors, including the ones to my own ad agency, built on a simple mantra: “Every brand has a soul. But not every agency has the heart to find it. We do.” Likewise, I believe every story should possess a soul.

Today’s audience are adrenaline junkies looking for original, entertaining, and an unpredictable novel that will take your emotions on a rollercoaster ride that ricochets between loving, crying, loathing, laughing and cheering for the protagonist.

Chasing my dreams has been a lifelong passion the latest involves sharing the Tale of Bronco & The Wizard, published on January 7 of 2020, a lighthearted urban fantasy about friendship, football, and wizards. From the outrageous to the most heartfelt moments we discover a nefarious cult where the game of football is not in the hands of the players, but in the hands of some powerful wizards.

And then there is my dark side. Day One: Birth is a death sentence, was published by The Amusement Park, LLC and released on February 4 of 2019. A wicked fiction thriller and the first of a three-part Kachada Series of the untold story of Kachada Toscano, an unlikely tale where two parallel universes—the chilling ancestral traditions of the Comanche Tribe and the ruthless code of the Sicilian Mafia—mysteriously intersect.

What is the name of your latest book and what inspired it?
Tale of Bronco & The Wizard is based on a true series of events during the 1980 Steelers Super Bowl XV run but is written as a lighthearted urban fantasy about friendship, football, and wizards and was published by The Amusement Park, LLC on January 7 of 2020.

Do you have any unusual writing habits?
Having spent over forty years in the advertising world creating campaigns, brand strategies, and creative positioning I have learned early on how to identify a good idea from a weak one.

I make an outline and review it over a period of weeks visualizing the story chapter by chapter before I begin to write it. It is a method I used during my ad career that I found focuses me on the overall feel and attitude of the story.

Naturally, like any creative idea, it evolves but at least I know what I want the protagonist’s soul to represent throughout the storyline.

At that point, I begin the process of actually writing. I do not write for others. I write to entertain myself. If I am emotionally moved during the process then I know I have it in a good place.

It usually takes me three weeks to write an entire novel. I never try to make it perfect during that first writing. I just want the story down as a layout so I can evaluate it.

What authors, or books have influenced you?
This is going to sound odd, but I don’t have what I would call a favorite author or book. There are those I admire for different reasons. One such is the raw and honest dialogue writing of Elmore Leonard.
But for my novels, I draw upon my background in advertising that has exposed me to a collection of unique personalities, events, and experiences during my unpredictable creative journey as a creative inspiration.

What are you working on now?
DAY TWO: Leave no enemy alive, part-two of the Kachada Series is going through the third round of proofreading as I type this. I hope to have it published by March of 2020.

Right behind that is novel about a cross-section of emotionally wounded urban nomads and lost souls who learn first hand that one misstep can lead you back to the devil’s doorstep of the Hollywood Club where the journeys of the strange are welcomed. The Hollywood Club is written as a Frame Story and I promote it as a modern-day “Twilight Zone.”

What is your best method or website when it comes to promoting your books?
Not sure I have the answer to that being a relative newbie to the literary world. I am constantly researching sites and social media to expose my name and work. At this point, I design my own book covers and ads then release them throughout sites and groups as well as the standard Facebook, Twitter, and Linkedin to test the success of the ads. From there I search for media that is affordable expose them. It is an ongoing finding.

Do you have any advice for new authors?
Since I am a new author I’m not sure I qualify to give any such advice. The only thought I would try to pass on is to write for YOU.

What is the best advice you have ever heard?
If you don’t dream it, it will never happen.

What are you reading now?
City Primeval by Elmore Leonard.

What’s next for you as a writer?
I am working to expose my novels to agents in the literary world and to film producers. Like I said earlier, “If you don’t dream it, it will never happen.” I am a dreamer.

If you were going to be stranded on a desert island and allowed to take 3 or 4 books with you what books would you bring?
Deep Survival, U.S. Army Survival Manual, The Hunger Games, Special Forces Survival Guide, The Castaways