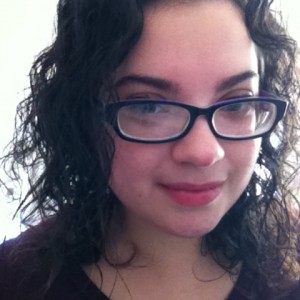 Tell us about yourself and how many books you have written.
My name is Elizabeth Barone and I write contemporary New Adult romance and suspense. I’m also a jack-of-all-trades; in my previous “lives,” I went to culinary school and was a web designer. Through it all, I just wanted to be writing. I finally gave in—or I guess you could say was nudged—when I got too sick to work a “normal” job. (I have arthritis.) My first short story was published in a literary journal in 2007 or 2008, and I was hooked. I’ve been writing full-time since early 2015 and currently have six books released, with many more to come.

What is the name of your latest book and what inspired it?
Though I self-published The Nanny with the Skull Tattoos in February 2015, it’s being re-published this February by Booktrope. Almost all of my books are born from a “What if…?” question. I’ve long felt like single dads don’t get enough props. Our culture is very supportive of single moms, but we tend to barely even give a nod to dads in the same position. I was hanging out, working on another book one day, when I suddenly thought, “What if a teenager got custody of his daughter in high school? How would that same guy be managing in college?” I know a lot of single parents who had their kids young, losing friends along the way. It’s hard to maintain a social life, never mind build a career or find love.

Do you have any unusual writing habits?
I wouldn’t call it unusual, but I almost always have my headphones plugged into my ears and some kind of music on when I’m writing. What I listen to completely depends on the feel of the book or even the emotions involved in the scene I’m writing. And I can’t write without some kind of beverage at hand—usually water or coffee.

What authors, or books have influenced you?
For a really long time, I wanted to be Stephen King. I wrote a lot of horror when I was younger, but then realized that it’s his characterization that speaks to me most. I’m definitely a character person. I could spend hours tweaking personalities or playing with dialogue. I love these pretend people. Joe Meno’s quirky characters also inspired me, and now I’ve discovered Jennifer Armentrout and completely fell in love with her tender writing.

What are you working on now?
Don’t tell, but I’ve started writing a standalone dual point of view romance set in a bakery, called Just One More Minute. My female MC has a love/hate thing for my male MC. He broke her heart and stole her job, but now they have to work together because they’ve both inherited her aunt’s bakery. It’s a lot of fun. I’ve even already set up a home for it: http://bit.ly/JustOneMoreMinute

What is your best method or website when it comes to promoting your books?
I feel like there’s no one magic bullet. I’m always trying new things, experimenting and mixing it up. Right now I’m really loving the #1linewed hashtag on Twitter. And I’m always blogging and sending email newsletters. You can’t beat that one-on-one personal interaction with readers.

Do you have any advice for new authors?
Run.

Truly, be prepared for the long haul. Overnight success is very rare and is usually a payoff from years of hard work. Don’t give up. It’s going to get really hard and you may frequently question your sanity. But keep going. Find other authors—even if it’s just one person—who you can lean on. Cheer each other on. Having that kinship makes the journey so much more bearable.

What is the best advice you have ever heard?
During one of my “I want to quit” moments, my husband patiently listened to my speech and then calmly said, “You haven’t even released your new series yet. You’re not even giving it a chance.” He encouraged me to release the series and then decide.

What are you reading now?
I know I’m late to the party, but I’m reading Diana Gabaldon’s Outlander series. I’m halfway through the first book and I just love Jamie. Before that I read Colleen Hoover’s Hopeless and sobbed through most of it. It was so good.

What’s next for you as a writer?
Well, I’m working on getting that series out (my South of Forever series). I’ve stockpiled a lot of manuscripts in the last year, so 2016 and 2017 are going to be chock full of Elizabeth Barone releases. I’m hoping to get my name out there and take over the world—I mean, write more books.

If you were going to be stranded on a desert island and allowed to take 3 or 4 books with you what books would you bring?
Only four?! Okay, this is hard. I have an entire wall of shelves full of books, and those are all my favorites. I guess I’d take Stephen King’s Wizard and Glass, since it’s the best Dark Tower book and always makes me cry. And then I’d take my journal and planner, because it’s too hard to choose between the rest of the books, and I’m lost without my planner.