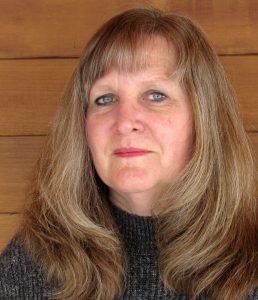 Tell us about yourself and how many books you have written.
For more than a decade, I chased cops, robbers and some killers, too, as a newspaper reporter in Central New York. Now, I chase kids in real life and criminals in my imagination. My debut novel, A DEAD MAN’S EYES, which released from Level Best Books in April 13, draws from my experience with the darker side of human nature. The first in a series, A DEAD MAN’S EYES will have readers wondering: How far might you go to protect the ones you love?

I write from the hills of Northern Pennsylvania, where I live with my husband and four children (teens and college students). I was born and raised in the Adirondack Mountains of New York State, where a part of my heart remains. My short fiction has appeared in the journal Aethlon, and in the anthologies Short Story America and Childhood Regained. My nonfiction has appeared in Healthy Living, Running Times, Literary Mama, Crimespree and Mountain Home magazines. A DEAD MAN’S EYES is the first in the Lisa Jamison mystery/suspense series. Look for book two in the series, NEVER BROKEN in April of 2022 and my first standalone thriller, NEVER LET GO, in December of 2022. I am also author of Raising Identical Twins: The Unique Challenges and Joys of the Early Years. I am a member of Mystery Writers of America, Sisters in Crime, The Historical Novel Society, International Thriller Writers and Pennwriters I also sits on the board of the Knoxville (PA) Public Library.

What is the name of your latest book and what inspired it?
My latest book is A DEAD MAN’S EYES, which was released in April of 2021. The inspiration had been within me for years, going back to my journalism days. I was covering a house fire one night on a city street in Syracuse when an obviously pregnant 15-year-old began talking with me. She was in foster care, but she was determined to keep the baby and make something of herself. She struck me as extraordinary—smart and capable—and her name seemed familiar. I looker her up in my old notes when I returned to the newsroom. She shared a name and age with a girl who had witnessed a fatal game of Russian roulette. I forgot her name over time, but I never forgot her. She is the main inspiration for the novel along with a couple of colleagues who were single moms and successful, one with a toddler-in-tow and no father in the picture. That is not easy in journalism.

Do you have any unusual writing habits?
Many authors will tell aspiring writers that they absolutely must write every day. I don’t do that and I don’t believe that. I also think it can be destructive advice. I had so much going on when I left journalism that there was no way I could write every day. During those years, I always worked part time and I gave birth to four kids, including twins, with no family around to help. My husband traveled frequently and my parents were aging and often needed help. I would have given up if I believed I had to write every day and there were many times when I almost did. Instead, I hired sitters now and then so I could write in a cafe or library. I wrote at night and during naps. I wrote 800 words of one novel on napkins in a McDonald’s play area. By the time I signed my first contract, I have completed five novels and one nonfiction book. You do have to prioritize if you want to make it in this business, but what works for one person might not work for you. Writers are always writing in their heads. When I sit to write I am very productive because I know where I am going with the story.

What authors, or books have influenced you?
There are so many! Like many mystery writers, I grew up on Nancy Drew and the Hardy Boys, but I have always been pulled toward great novels, regardless of genre. I have an historical courtroom drama, SPRING MELT, releasing in December of 2023. It is the first novel I wrote and my favorite (though I know I shouldn’t have one. 🙂 ). The greatest influences on that novel (besides my former-prosecutor father) were David Guterson and Anita Shreve. In general though, I have been most influenced by John Irving, Margaret Atwood, Michael Ondaatje (Have you read COMING THROUGH SLAUGHTER?), Toni Morrison, Shirley Jackson, Flannery O’Connor … I could go on and on. In the mystery/thriller world, Lisa Unger, Hank Phillippi Ryan, Chevy Stevens, William Landay, Mark Pryor, Steve Hamilton, Patricia Cornwell, Laura Lippman, Attica Locke and Joshilyn Jackson are among my greatest influences.

What are you working on now?
I am finishing book three in the series, NO TIME TO BREATHE, while also working on edits of NEVER BROKEN.

What is your best method or website when it comes to promoting your books?
I love this site, of course! I do a lot of promotion on Facebook and Instagram because it is more personal and doesn’t really feel like promotion. I enjoy getting to know readers and other writers and I feel like I can do that there. I also promote on Book Bub. But my favorite method of promotion is in-person events. I attend book festivals, but I also hold book discussions at libraries and attend all kinds of festivals as a vendor. I have met so many great people this way. Even if I sell just a book or two, it is worth it.

Do you have any advice for new authors?
Be open to criticism. Timing, luck and the quality of your query letter have a lot to do with rejection, but the inability to see what needs fixing can also be a big part of that. If you keep getting rejections, don’t get mad. Get creative. Defensiveness is your enemy. Criticism is your friend. Look for common themes among the rejections and consider whether those are issues you might need to address. You might even want to shelve that novel for a while and start another. You will see things in that novel years later that you missed before, I promise.

What are you reading now?
I usually have three books going at once — one physical book, one Audible book and one Kindle book. I am almost done reading the physical novel John Woman by Walter Mosely (Awesome!); I am listening to The Bounty by Janet Evanovich and Steve Hamilton (Sometimes, I don’t want to leave the car!); and I am reading Murder in the Master by fellow Level Best author Judy Murray on my Kindle (Loving it!). I have a HUGE to-be-read pile. I wish I had even more time to read.

What’s next for you as a writer?
I would like to write at least three more books in the Lisa Jamison mystery/suspense series, but I also want to write more historical crime novels set in the Adirondacks. I grew up on Adirondack Lore and of my own relatives and their involvement in rum-running across the Canadian border during Prohibition.

If you were going to be stranded on a desert island and allowed to take 3 or 4 books with you what books would you bring?
On the Corner of Bitter and Sweet by Jamie Ford; Galapagos by Kurt Vonnegut (That makes perfect sense if I am stranded on a desert island!); and any Margaret Atwood novel. I know. None of them are crime novels, but I can always develop stories in my head using the characters and settings from those book. By the time I am rescued, I’ll have tons of fodder for some awesome mysteries and thrillers!