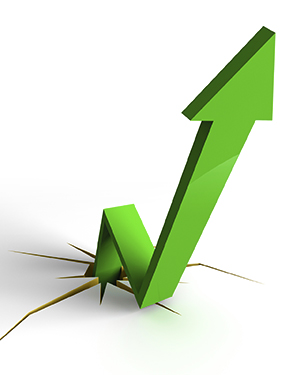 I just completed moving Awesomegang to a new server. It seems like our site just keeps growing month after month and it was time to take the site to a new level when it comes to hosting. I didn’t think we would have to do this for a few months but after the traffic we have been getting over the last 3 months it was necessary to do now.

Our new server can handle a lot more traffic and space than the old server. It is also much faster so this is all good things for the future. Our traffic for February was up around 14%-15% and growing steady. I can tell you from what I already see, March will be even higher than this.

I didn’t give a February update since I was too busy getting ready for the Tucson Festival of Books. The festival was suppose to have around 130,000 people and let me tell you I must have handed out a few thousand business cards along with the thousands that went into the bags that were given out at the BookGoodies booth. I can already see the new traffic to the site, all the social media, and the newsletter list.

Facebook page went from 37,000 to 41,600 fans. Facebook did crack down and deleted some old fans like they said they were going to across all their fan pages but that didn’t seem to matter much.

Twitter Page went from 10,000 followers to 10,700 followers. Not the growth we have been having but still very good to gain 700 new fans.

Google+ Page has been growing but Google has been slowly talking about breaking up the social network. We are up to 710 followers and 170,641 views.

Our newsletter went from 4000 to 4600. This is after I cleaned up the list a bit and removed some email addresses that haven’t opened a newsletter in a while. No sense in sending a newsletter to people that are not opening them. I like to keep our list to active readers.